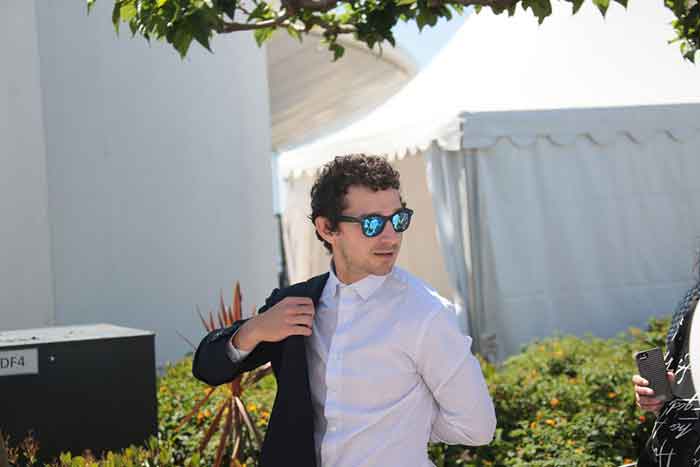 Firefighters, police officers, service people headed to war — everyone knows these are dangerous jobs. But would you add actor to that list? You might if you considered some of the gnarly injuries actors and actresses have suffered on set over the years.

Shia LaBeouf ended up with gashes to the head and finger on the set of “American Honey” in 2015. Apparently a late-night scene called for LaBeouf to put his head through a plate glass window, but the stunt went wrong and he ended up in the hospital and needed stitches.

Meanwhile, actor Dominic Purcell was injured last summer on the set of FOX’s “Prison Break” reboot in Morocco in a pretty disturbing way — an iron bar fell on his head during an on-set explosion. The actor posted the below pic to Instagram, illustrating the extent of his injuries.

“I was running into a prison, and this explosion just occurred. I hit the ground, and there was blood just pouring onto the ground,” he said of the terrifying experience.

The accident left him with a broken nose and extensive, still-visible scars on his scalp. In describing the incident further, he said, “It was a really surreal feeling. Like, ‘Really? This is how it’s gonna end? I’m gonna die in Morocco?’”  Seems as if he did maintain a sense of humor though because on Instagram that posted that he got a free nose job out of the deal, and mused, “Pays to have a thick skull when an iron bar falls on your #head!!”

But the reality is on-set injuries are no joke and as Adam Rosen, a leading injury lawyer explains,

“The law surrounding on-the-job injuries applies to the entertainment industry and athletes in the same way it applies to other industries. Any type of employee — whether a mechanic, electrician, or even an actor — may have a claim for damages if injured while working. The key is for the injured employees to understand their rights as soon as possible after the incident.”  We certainly hope Kristin Chenoweth understood her rights because back in 2012 she had to quit her job on CBS’ hit legal drama “The Good Wife” when lighting equipment fell on her head, knocking her out cold and leaving her with a 5-inch skull fracture, 3 cracked teeth, and rib and hip injuries.

One minute she was filming the series — and the next she found herself on a gurney in a New York City emergency department, missing a shoe and an earring– and afraid. Most disturbing to Chenoweth was she said she couldn’t really form a sentence after it happened.

And things didn’t get better quickly. In 2014, a full two years after the accident, though her health was improving she was still going to physical therapy.

Luckily, almost five years later, it looks like Chenoweth hasn’t let the accident sideline her. She recently landed a role in the CBS pilot ‘Perfect Citizen’ and is touring this spring to support her 2016 album, “The Art of Elegance.”

So though most would love to believe that working on a set is glamorous all the time, the truth is most of the time it’s just like any job–there are risks and challenges.