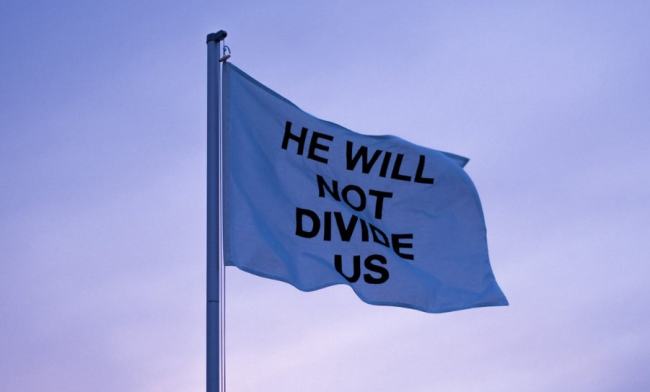 Charges Dropped Against Shia LaBeouf in Assault and Harassment Case

Shia LaBeouf, a PROOF favorite, got some legal good news. Charges have been dismissed against the activist actor stemming from his January arrest in New York City that resulted from an alleged fight with a protester at his anti-Trump live stream protest/performance piece, “He Will Not Divide Us.”

As we previously reported, in January, LaBeouf was charged with misdemeanor assault and a harassment violation after that alleged fight.  Apparently, the actor got into a verbal fight in front of the Museum of the Moving Image, the site where the performance piece was streaming and the victim accused LaBeouf of scratching his face when he pulled his scarf. The alleged victim did not seek medical attention. LaBeouf was released a few hours after the arrest. He was given a DAT–a desk appearance ticket–which mandated that he was to return to Queens County Criminal Court for arraignment.

Shia LaBeouf, Luke Turner, and Nastja Ronkko, the artists behind “He Will Not Divide Us” began the performance piece on inauguration day, January 20, 2017.  Interested parties were invited to say, “He will not divide us” into a camera outside the Museum of Moving Image. The “protesters” were encouraged to repeat the phrase as often and as many times as they wanted into the camera. The artists intended the project to last four years. With the divisiveness that surrounds President Trump, the message the artists had hoped to get across was a powerful one, a unifying one. But, the art installation was shut down by the museum on February 10, 2017 because it had become “unexpectedly volatile.”

The artists then moved the project to a theater in Albuquerque, New Mexico. Things were not much better there as it was soon shut down due to gun shots. On February 23, 2017,LaBeouf himself tweeted “We have taken the stream down after shots were reported in the area. The safety of everybody participating in our project is paramount.”

Since then the project moved to a gallery, Foundation for Art and Creative Technology (FACT) in Liverpool, England (not far from where Turner is from). The artists made a statement on FACTS’s website stating that that the project moved because “events have shown that America is simply not safe enough for this artwork to exist.” Unfortunately though, on March 23, 2017, the artists and FACT announced that police advised them to remove the installation due to dangerous, illegal trespassing.

Despite the intent of the artist to maintain “He Will Not Divide Us” as a peaceful, nonviolent art performance, the fact that it has been rocked at each location as well as the subject of much talk on hate and violence filled sites on the internet is not only sad but very scary.

We at PROOF applaud the artists for their creativity, bravery, and interest in unity–we await the next move for “He Will Not Divide Us.”