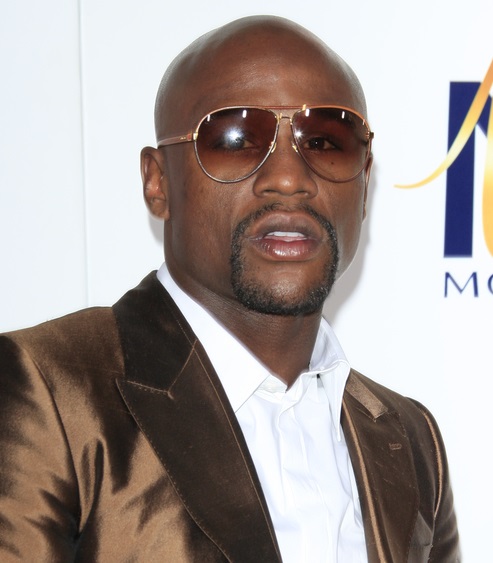 I do not like Floyd Mayweather. I do not like how he treated a woman he at one time allegedly loved nor do I like how he has treated other women with whom he has had relationships. Floyd Mayweather has a long history of violence against women. He has even served time for it though he has rather unremorsefully said that because there are no pictures of any of these abusive incidents that he should not be compared to O.J. Simpson or Chris Brown.

The topic of this post though isn’t his violence against women but rather addresses a complex legal issue involving the right to privacy and the First Amendment in a matter that went to the California Court of Appeals. It stems from a lawsuit Mayweather’s ex fiance, Shantel Jackson filed in which she sought damages after Mayweather posted on social media that the reason he broke up with her was because she had an abortion.  While Mayweather’s behavior is clearly reprehensible, it did not violate any laws, so says the Court of Appeals in its March 27, 2017, decision (to read full opinion, click here).

The court ruled that Mayweather did not violate Jackson’s privacy because their high-profile relationship was for public consumption and that the First Amendment protects the publication of truthful information. The bottom line is that celebs who date other celebs have less rights to privacy than regular folks do so basically it’s okay to abortion shame Jackson because she really did have an abortion and because both she and Mayweather were willingly in the public eye. Here in the US, we call that free speech–even if it’s hurtful, even if it’s damaging.

Mayweather and Jackson’s relationship was far from a fairy tale. In the complaint Jackson filed back in September 2014, she shared details of a very stormy, abusive relationship. She was 21 years old, and an aspiring model when she met him; he was a well known professional boxer. The couple was constantly making up and breaking up. In January 2014, Jackson told Mayweather she had aborted their twin fetuses. He broke up with her after that. A few months later, Jackson attended a basketball game with the rapper Nelly. Jackson posted about Nelly. Mayweather then threatened to post nude images of Jackson if she didn’t take down her posts about Nelly. She refused. Mayweather took to social media and wrote, “the real reason me and Shantel Christine Jackson @MissJackson broke up was because she got an abortion, and I’m totally against killing babies. She killed our twin babies. #ShantelJackson #Floyd Mayweather #TheMoneyTeam #TMT.” Mayweather went even further and posted a sonogram of the twin fetuses. He also discussed her abortion and her cosmetic surgeries on the radio.

Mayweather’s legal team alleged that Jackson’s suit was frivolous. In keeping with California’s anti-SLAPP (Strategic Lawsuit Against Public Participation, which helps the courts get rid of frivolous or malicious lawsuits) statute when deciding the issue, Justice Perluss, the Presiding Justice of the Court of Appeal, Second Appellate District, Division Seven in California looked at whether or not the plaintiff’s claims come from protected activity on an issue of public interest.

Perluss wrote that it was not necessary to figure out if Mayweather’s comments about “killing babies” contributed to the public’s abortion discussion because Jackson and Mayweather “are both high profile individuals who were subject to extensive media scrutiny. As such, Mayweather’s postings and comments concerning his relationship with Jackson, as well as Jackson’s pregnancy, its termination and her cosmetic surgery, were ‘celebrity gossip’ properly considered, under established case law, as statements in connection with an issue of public interest.”

The Justice wrote, “Jackson’s pregnancy, the subsequent termination of that pregnancy — whether by abortion (which she has neither admitted nor denied) or otherwise — and her use of cosmetic surgery to enhance her appearance would, under many circumstances, be considered intensely private information; and its unwanted disclosure might well be offensive to a reasonable person.”

So for many people divulging information like whether or not you had plastic surgery or an abortion would be an invasion of privacy, but the judge went on, “Nonetheless, at a time when entertainment news and celebrity gossip often seem to matter more than serious policy discussions, given Jackson’s high profile and voluntary disclosure on social media of many aspects of her personal life, the publication of those otherwise intimate facts must necessarily be considered newsworthy under the broad definition of that term developed and applied by the Supreme Court and courts of appeal.”

That basically means if you are a celebrity or high-profile person who regularly posts personal things you can’t suddenly decide that you want privacy. If you are active on social media and share with the world personal facts, then you do not have a viable legal leg to stand on if someone posts personal facts about you–as long as they are true.

On the whole the decision was  a big win for Mayweather, however, Perluss did make sure to say that posting the sonogram (which went viral), “served no legitimate public purpose, even when one includes entertainment news within the zone of protection” and that it was “outside the protection afforded a newsworthy report.” Posting that image went too far and is not protected.

The appellate court also addressed Mayweather’s statement that he ended his relationship with Jackson due to the abortion and whether any damage resulted from it. The court wrote, “Given that Jackson has not contested the truth of Mayweather’s declaration that she had an abortion, the statement that Mayweather ended his relationship with Jackson for that reason does not appear to be defamatory. On its face, the allegedly false part of the posts (the cause of the breakup) did not expose Jackson to contempt, ridicule or other reputational injury. Indeed, the evidence Jackson presented of negative public reaction and the emotional distress she suffered as a result of Mayweather’s May 1, 2014 posts focused on the abortion of the twin fetuses, not Mayweather’s role in, or reasons for, ending the couple’s relationship.”

The main take away from the Court’s 37 page opinion, is that celebs who date celebs and who routinely put their personal life out there for public consumption have reduced rights to privacy And, as long as what is said is true, there is no cause of action on which to base a lawsuit.

The world can now go back to pretending that Mayweather isn’t a bad guy and is just a loving dad who throws elaborate birthday parties for his 16 year old son and is known as one of “boxing’s greatest money makers.” Seems like that’s all most people care about anyway.  Shame.