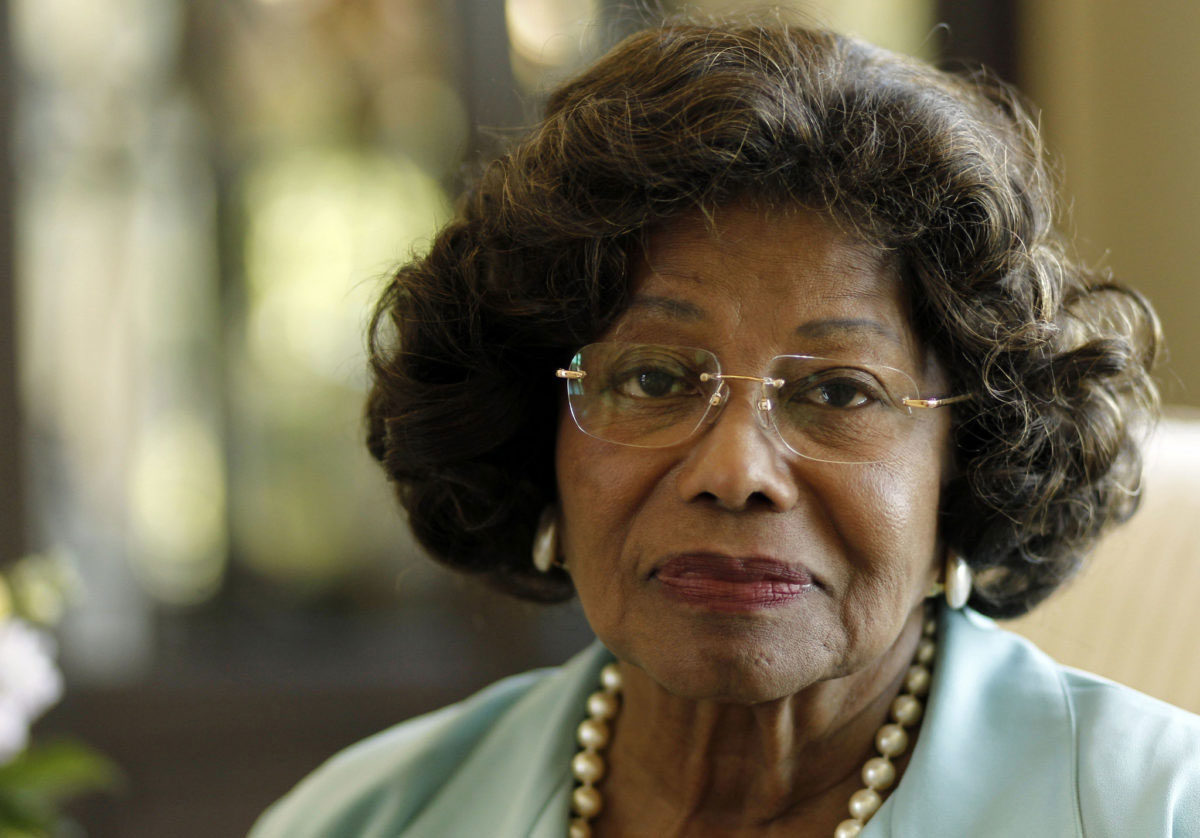 In early February 2017, Michael Jackson’s, 86-year-old mother, Katherine Jackson, sought a temporary restraining order (TRO) against her nephew and long-time caretaker, Trent Jackson, for elder abuse. Trent had been taking care of Katherine since Michael died in 2009 and is the son of Luther Jackson, brother of Joe Jackson, Katherine’s ex-husband.

Trent vehemently denied the claims and said that the matriarch was being manipulated by her son Jermaine, as well as by her other children. Trent also claimed that the elder abuse allegations may have been made up by the children and that Katherine may not have even signed the declaration wherein she made the allegations which included: “Trent made himself a care custodian of Mrs. Jackson to control her every move. He’s threatened not to take her home for not complying with his demands, he has refused to return her home from travel; he deprives her from contact with her family so he can maintain undue influence over her, causing her depression, angst and fear.”

The documents also claimed that Trent’s actions were calculated so that he could try to control Katherine’s finances and stay in her guest house for free. The documents went on to say that the “Constant, sometimes subtle, emotional abuse was effective in making Mrs. Jackson confused and unsure of what was happening to her.”

However, according to Katherine’s legal team and family, she eventually became aware of what was happening: “She is clear now and scared for her safety, after terminating his employment. Now that he knows his conduct will be revealed, she fears what he may do to her upon her return.”

While Katherine was in London with her daughter, Janet, the court issued the TRO based on the documents filed. The TRO mandated that Trent was to return all keys, passwords and combinations to Katherine’s property, to stop using her financial accounts and to stay 100 yards from her.

Katherine was still in London when it came time for a full proceeding on the restraining order—the one that would make it permanent.  Her lawyers attempted to go forward without her and simply use the filed declarations referenced above as proof but Trent’s legal team of Philip Cohen and Ron Rale (he was Anna Nicole Smith’s attorney back in the day) was not having it. The judge agreed and said sworn statements could not be used as evidence in chief in the case. Trent’s lawyers subpoenaed Katherine for trial. She had no choice but to return from London or risk dismissal of the case.

A three week continuance ensued during which Trent’s lawyers tried to settle the matter but Katherine’s team refused to do so.  Settling might have been the better course for them as allegedly they did not want her to have to take the stand and endure cross examination. We at PROOF understand that position. Cross examination is very stressful and Katherine is not young; but the allegations made against Trent are very, very serious.  We agree with the judge’s decision to require a higher level of proof than the declarations (especially as Katherine was clear about what happened).

On April 25, 2017, Katherine’s team filed a request for dismissal with prejudice which means that the case would be dismissed but it could be re-filed at any time. There are several reasons for this strategy. It relieves Katherine from having to testify but keeps the case “alive.” So if her legal team chose to re-file, perhaps the next judge assigned would agree with their position not to require Katherine’s testimony. It also gives the team additional time to build the case and secure better, more persuasive evidence.

Trent’s legal team opposed the request for dismissal without prejudice and argued that the law required the case be dismissed with prejudice. The judge agreed. The difference between the two? Katherine Jackson cannot now re-file the case. ( Caveat: If a new instance of abuse occurs she could re-file based on that new incident but given that Trent was terminated from his job that’s not likely to occur).  We’re sorry, Mrs. Jackson.

There is one last thing we’d like to say about this case. While we certainly hope Katherine is safe and the allegations are untrue, we can’t help but query why one of her own children, rather than the son of her deceased husband’s brother was able to be in such a position of power and control for so long over their elderly mother?  Jackson kids, got an answer for that?