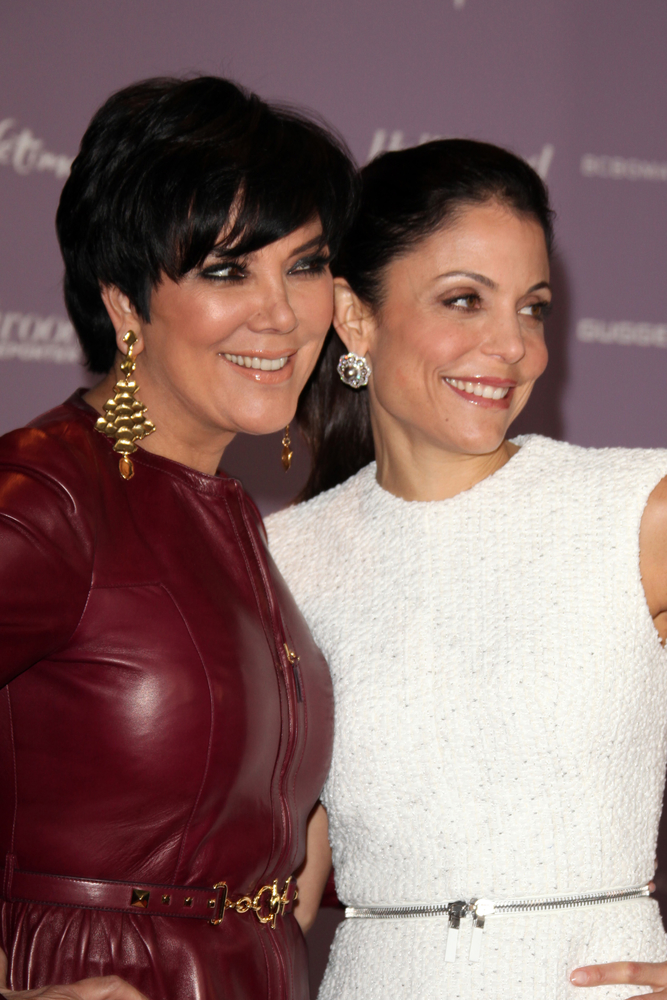 13 Couples Who Fell Victim to the Reality TV Curse

Is reality television the kiss of death for even the strongest of relationships? Seems like it. Couples who do television shows together do not tend to stay together. In fact, it seems as if real life gets messier for these one-time lovebirds by virtue of being on reality television. Just look at the following couples who put it all out there for the world to see only to find themselves splitting up after the cameras were off (and some while the cameras were still rolling.)

Yes, we know there are a whole bunch of Housewives on here. Would you believe that we parsed it down from the whooping 33divorces that have happened between couples on that show?

TheLong Island Medium couple decided to split after 28 years of marriage. We watched their relationship unfold on the TLC show with all of its ups and downs, eventually seeing them separate and attempt to work through their marital woes. It turns out that the separation was a three month trial period according to Larry, and the couple announced that they were officially filing for divorce in June 2018. As with most failed marriages, Theresa said the downfall didn’t occur overnight but rather was something that happened over time. She was a tad defensive about it though saying, “People can say whatever they want—it was my work, it was this, it was that—it was just, it happened. This is something that has happened over the years, and it is sad, and it f–cking sucks. That’s it.”

This couple married on camera for Real Housewives of New Jersey’s ninth season in May 2018, but wedded bliss didn’t last very long (shocker, we know). In fact, by September 2018 Staub was served with divorce papers and the pair had filed temporary restraining orders against each other after an alleged altercation at Staub’s home.

Phaedra Parks and Apollo Nida, The Real Housewives of Atlanta

After five years of marriage, four seasons of RHOA and two sons together, Parks filed for divorce from Nida in 2014. It was finalized in September 2017 after a lengthy dispute over spousal support and over their properties. Nida is actually currently serving an 8 year sentence after pleading guilty to fraud in 2014. Click here for more on that.

Adrienne and Paul Maloof, The Real Housewives of Beverly Hills

For those of you who watch RHOBH, you know that Adrienne and Paul never seemed to stop arguing. After three seasons on the show, ten years together, and three children, the pair filed for legal separation in July 2012. Things later got nasty after Paul filed for divorce in August. Adrienne accused Paul of abuse and the two battled over custody of the children until the divorce was finalized in November 2012. It actually moved pretty quickly as far as celebrity divorces go. The pair are co-parenting their children and seem to have an amicable relationship.

Camille and Kelsey Grammer, The Real Housewives of Beverly Hills

For Camille and Kelsey Grammer The Real Housewives exposed their unhappy marriage to the world and resulted in a divorce. Viewers soon found out that the marriage was sexless and Grammer was already “emotionally checked out,” and during filming the actor moved to a new city and had an affair with a younger woman (whom he eventually married). In terms of self care and emotional well being we do have to say it seems like odd timing to have your wife and marriage be thrust into the public eye before seemingly hitting the self-destruct button, but according to Camille, “He thought it would be good for me to do something that was separate from us being a couple.” Still sort of standing by her man at that point, we guess.

Countess Luann said that money can’t buy you class, but it also couldn’t buy her a happy marriage. This one came as a shock to viewers who barely ever even saw The Countess’s husband. Well, there’s a reason for that: The two had been living separately for years. And that’s not all! The Count, who was living in Europe, left Luann for an Ethiopian princess. Does this not read like a plot point for a telenovela?

You’d think the second time would be the charm for Luann, but alas, no. Luann married Tom D’Agostino in 2017 in an extravagant Palm Beach wedding and 8 months later the pair decided to split. In fact, the Countess blamed the stress from those Palm Beach memories for causing her to lash out and get arrested there Christmas Eve 2017. For more on that, click here.

Bethenny Frankel and Jason Hoppy appeared on a few reality shows together including a spin off focused solely on them and their relationship. The pair married in 2010 and divorced in 2013, but that ended up being the least of the couple’s problems. They remain locked in a nasty custody battle over their daughter Bryn, who was nearly 3 when the divorce was finalized and is now 8 years old.

Tamar Braxton filed for divorce from her husband of 9 years Vince Herbert in October 2017. She’s currently seeking full custody of their son Logan. The proceedings have been riddled with rumors of a secret love child and domestic abuse and were temporarily on hold because Herbert refused to respond to her petition of divorce, but Braxton is now petitioning the judge to finalize the divorce without him.

Linda and Hulk Hogan had a relationship that spanned a quarter of a century and was by and large one of the strongest marriages to be showcased on reality television. Their show Hogan Knows Best was featured on VH1, but after being on air for two years, their 17-year-old son was spending 8 months in jail and Hulk was the subject of cheating rumors by The National Enquirer (and a HUGE lawsuit, click here for more on that).  Linda filed for divorce just one month after the last episode aired. And talk about adding salt to the reality TV curse wound, Hulk didn’t even know that she had filed until a news outlet called him for comment.

Bit of a throwback, we know but who could ever forget Jessica Simpson turning to her new husband, bowl of Chicken of the Sea tuna in hand, saying, “Is this chicken that I have or is it fish?” The young couple provided endless entertainment on their MTV show Newlyweds. Unfortunately for the couple, after three years of marriage they announced that they were calling it quits. Simpson does not blame reality TV for their demise, having told Vanity Fair “In all honesty, I believe it did not affect our marriage because we enjoyed watching those episodes.”As for her ex? He told David Letterman that it was the fault of the cameras:”It was just so invasive that it became a problem.”

Kris and Caitlyn Jenner, Keeping Up With the Kardashians

Kris Jenner married Caitlyn Jenner (then Bruce Jenner) in 1991 and the pair divorced in 2015 after years in front of the camera on Keeping up With the Kardashians. Though they seemed to have an amicable relationship after the split, the family fractures began to be felt once Caitlyn came out to Kris as transgender and decided to go ahead and fully transition and embrace her true self. Still, the family remained very supportive until Kris felt betrayed after Caitlyn wrote unkind things about her in her tell-all book. Now the entire family has taken sides and Caitlyn’s relationship with Kris, Kim, Khloe and Kourtney is pretty much non existent. Kendall and Kylie continue to see Caitlyn.

We have to include these two! For quite some time, Jon and Kate were beloved in the reality television community. We watched them raise their 8 children, work together to make things function in their busy household, and generally just work through typical marital ups and downs. That is, until 2009 when it was reported that Jon was cheating on Kate. Then came nearly a full year’s worth of tabloid fodder spurred on by Jon’s lavish spending, Ed Hardy outerwear, and “bad boy” behavior. Call it a midlife crisis, call it the price of fame, but eventually Jon was kicked off of the show and it was renamed Kate Plus 8. Even though we didn’t love Jon and Kate’s relationship (she did seem to complain about him a lot on camera), to us, the demise of the Gosselin family was a sad one.

Was Wyclef Jean the Victim of Racial Profiling
Previous Post
Paps Will Doing Anything for a Photo. . . J. Lo and A. Rod Accident