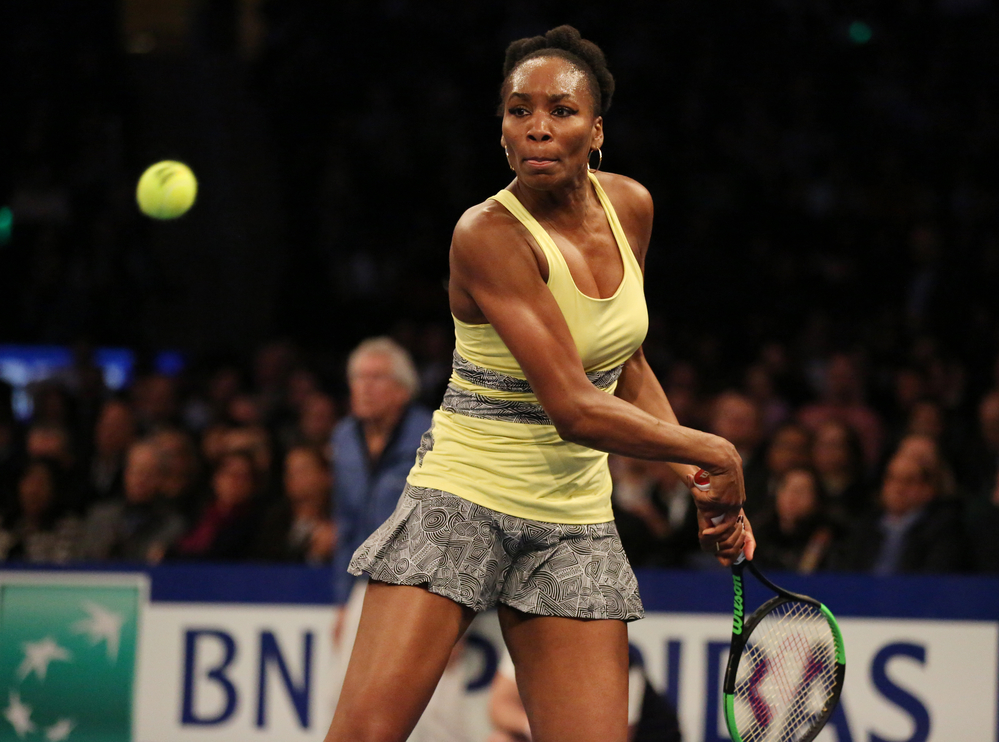 UPDATE: Venus Williams has settled the lawsuit filed against her stemming from the June 2017 auto accident in which one person died and another was injured. Details regarding the settlement amount have not been disclosed.

Tennis superstar Venus Williams has been cleared of traffic law violations in connection with her June 9, 2017 car accident in Palm Beach, Florida that left a 78-year-old man dead and his wife injured but the wrongful death suit filed by his family is being vigorously pursued.

Williams reportedly drove her Toyota Sequoia SUV into an intersection at approximately 5 miles per hour, stopped and then was hit on the passenger side by a Hyundai Accent driven by 68-year-old Esther Barson. Williams had allegedly stopped in the intersection due to a car turning in front of her. Barson and her passenger, her husband, Jerome Barson, 78, were seriously injured; Jerome died two weeks later from injuries he sustained in the accident. Williams’ car was damaged but she was not hurt. In fact, she played in Wimbledon just a few weeks later. It must be noted though that when she spoke of the accident at a press conference she was tearful and very visibly upset.

By now, many have seen the video of the crash. We don’t know about you but we at Proof feel as if that cop did not seem very confident regarding what traffic laws Williams violated. Despite this lack of clarity, he charged her and deemed her at fault in the accident. That initial determination certainly played a role in prompting the Barson family to quickly seek legal counsel and file suit but in no way was it the sole determining factor. This was a somewhat confusing, serious accident that resulted in serious injuries. It was therefore not surprising when Jerome Barson’s family sued the Grand Slam-winning tennis player for wrongful death, seeking unspecified damages related to his death as well as for the pain and suffering of both Jerome and Esther. A lawsuit was coming whether Williams was cited at the scene or not.

And, as many of us have learned, after reviewing video footage of the intersection, police found that the light was green when Williams entered the intersection, and that she did not violate any traffic laws (Perhaps you came to the same conclusion after watching the video footage). That is good news for Williams; it also makes the Barson’s case more difficult. Not impossible, just more difficult. Having a finding of fault at the scene, where witnesses can be interviewed, location of vehicles can be solidified and conditions confirmed are powerful investigative tools. Though expert witnesses are used frequently in serious auto accident cases, this change makes the decision to secure one even more critical. As Andrew Needle, a personal injury lawyer Fort Lauderdale FL residents know to have handled hundreds of car accidents explains, “Experts are critical in cases that present complex fact patterns, especially when liability is in dispute. Calling a skilled and experienced accident reconstructionist to the stand goes a long way in helping jurors understand just how an accident occurred.”

As noted above, the change in the finding of fault by the local police hasn’t stopped the plaintiff from moving forward or stopped Williams’ attorneys from mounting a strong defense. In fact, Williams’ attorneys have alleged that at least one of the occupants of the Hyundai was not wearing a seatbelt, and that the car had not been maintained properly. Attorneys for the Barson family have denied both of those assertions. They’ve also subpoenaed Williams’ cell phone records to see if she was distracted at the time of the crash. Her attorneys have agreed to turn them over.

Williams, for her part, in addition to her teary press conference has expressed condolences to the Barson family, writing on Facebook, “I am devastated and heartbroken by this accident. My heartfelt condolences go out to the family and friends of Jerome Barson and I continue to keep them in my thoughts and prayers.”

Note though that while Williams presently appears to have been cleared of wrongdoing, the investigation of the crash by Palm Beach police is still ongoing so there is a very slight chance that there could be further determinations made by that police department. Either way, this is a very sad and tragic situation for all involved.

Tekashi69: Call me by Name and Other Legal News About the Rapper
Previous Post
From Shailene Woodley to Justin Bieber: The Best of Celebrity Mug Shots