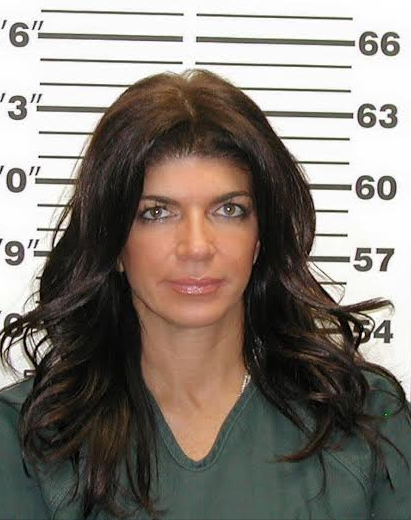 Teresa and Joe Giudice Thought They Were Above the Law

Teresa and Joe Giudice of Real Housewives of New Jersey notoriety (notice I don’t say fame) bragged constantly on air and social media about their family, their money and their material possessions. To many, they were brash, rude and offensive so in 2013 when they faced a federal multi-count indictment detailing white collar crimes ranging from conspiracy to commit mail fraud, wire fraud and bank fraud to making false statements on loan applications, to bankruptcy fraud, among other things, there was not a great deal of empathy for the showy duo. (Note that Joe faced additional charges for failing to file tax returns from 2004-2008.)

Teresa and Joe pleaded not guilty to the charges in the federal indictment and so solid (delusional?) was Teresa’s belief in her innocence that her lawyer stated that they were looking forward to vindication. As we all well know, that vindication was not to come because on March 4, 2014, Teresa and Joe struck a plea deal with prosecutors. They each pleaded guilty to various counts of fraud; Joe’s plea included a count for failing to file tax returns.

On October 2, 2014, the mother of four was sentenced to 15 months in federal prison.  Joe was sentenced to 41 months, followed by possible deportation to Italy, where he was born (his parents moved him to the Garden State when he was a year old). In addition the couple was ordered to pay $414,000 in restitution.

From the bench, U.S. District Court Judge Esther Salas, who presided over the case, said to Teresa, “For a moment I thought about probation but I think a period of confinement is absolutely necessary in this case.” The judge added, “I don’t honestly believe that you understand or respect the law. I need to send a message. In the eyes of the law, it doesn’t matter who you are. There are consequences to pay.”

And pay they have … Teresa went off first and began her sentence at the Federal Correctional Institution in Danbury, Connecticut on January 5, 2015. She was released two months early on the morning of December 23, 2015. Respected Elizabeth New Jersey criminal lawyer, Michael Borneo, said the following about Teresa’s sentence: “Judges typically have tremendous discretion when sentencing a criminal defendant. It amazes me how often clients show disrespect to the court and learn this lesson the hard way. By all accounts, Teresa Giudice could have avoided prison. Her poor attitude tilted the scales of justice against her.”

Joe is a different story and is currently serving his 41-month sentence at the Federal Correctional Institution in Fort Dix, New Jersey. Note that this matter isn’t Joe’s first run-in with the law nor his first criminal conviction. In November 2013, he stood trial on charges that in 2010 he used his brother’s marriage and birth certificates to illegally obtain a driver’s license. Joe’s license had been suspended as a result of a DUI earlier that year and apparently he thought this was a good way to get a new one! All that waiting around at DMV for nothing.  Joe was convicted, his license was revoked for 12 months, and he was sentenced to 20 days of community service.

Many of us had hoped that being convicted of a crime, publicly humiliated, and shipped off to prison forcing her to be away from her beloved daughters (despite her many shortcomings it is obvious that Teresa is committed to her family and loves her girls very much) would have changed Teresa but it appears it did not. Teresa maintains her innocence and ignorance about the charges levied against her. She still posts pictures of herself and her girls on Instagram which depict a lavish style–one of fancy clothes, jewelry, and just plain over abundance. Prison may be a reality check for many but not for this Jersey reality queen.

I do give great credit to Judge Salas for allowing Joe and Teresa to serve their sentences at different times so that one parent could be home with the children while the other was “locked up”. The kids didn’t ask for this drama in their lives and having both parents gone at the same time would have been very traumatic for them.

If you enjoyed reading about the criminal mess these New Jersey “celebs” created for themselves, please visit the rest of PROOF for more of our one of a kind take on celebrity news.