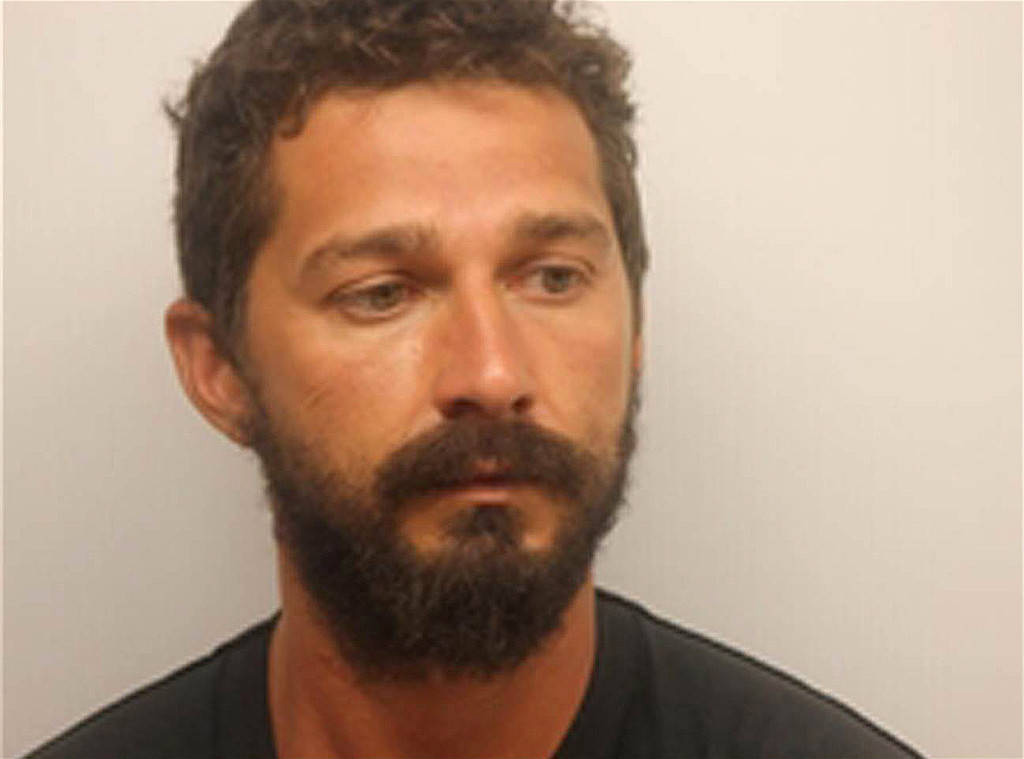 It’s getting harder and harder for us at PROOF to be Shia LaBeouf fans — we’ve stood behind him for a very long time now but his latest racist rant against two police officers is making it very, very difficult.

LaBeouf was arrested on Saturday, July 8, 2017 in Savannah, Georgia, where he’s currently filming “The Peanut Butter Falcon,” with Dakota Johnson and Bruce Dern.  He was booked on charges of disorderly conduct, obstruction and public drunkenness after he reportedly approached someone to ask for a cigarette in the early morning hours, and became aggressive when he was told no, at which point he began shouting profanities at both passers by and police. The police statement reveals “When the officer attempted to place LaBeouf under arrest, LaBeouf ran to a nearby hotel. LaBeouf was arrested in the hotel lobby, where his disorderly behavior continued.”

What makes this situation so indefensible is what happened after the arrest. In a video captured on a body camera during his ride in a squad car and at the station, LaBeouf is heard telling his female arresting officer, “If I had my gun I’ll blow your s—t up. You’re a b—h, though.” He continues his racist, sexist tirade making threats against the officer, insulting her family and threatening to sue her, saying “I got more millionaire lawyers than you know what to do with, you stupid b—h.” The 31-year-old actor was released around 11 a.m. that same day from the Chatham County Detention Center after posting a $7,000 bond.

This is the sixth arrest for the actor, and latest in a long line of alcohol-related incidents. LaBeouf was ordered to receive alcohol abuse treatment after a 2014 disorderly conduct charge in a Broadway theater. He received treatment in 2016. “He is voluntarily receiving treatment for alcohol addiction. He understands that these recent actions are a symptom of a larger health problem and he has taken the first of many necessary steps towards recovery,” his rep said in a statement. LaBeouf himself has discussed his demons in the past, saying “Why am I an alcoholic? I haven’t a damn clue! What is life about? I don’t know. What I do know is, I screw up.”

La Beouf returned to work on Monday, just two days after the arrest. He also took to twitter to apologize, writing “I am deeply ashamed of my behavior and make no excuses for it” as well as addressing his very serious problem with addiction. Shia, please get help (again-no shame in that!), we really want to remain fans.