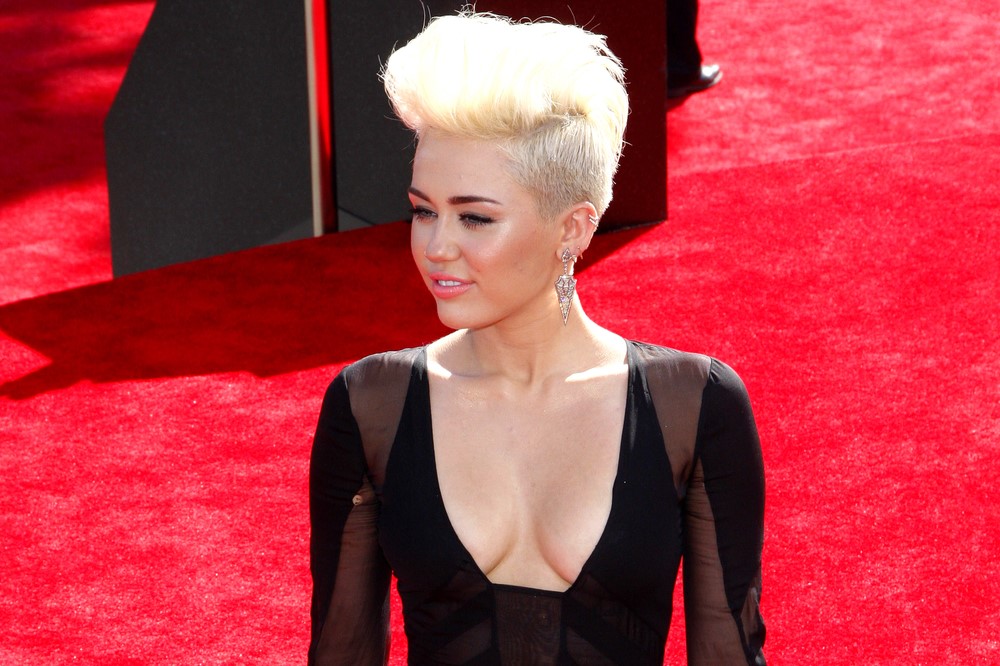 Allegedly hacked and stolen nude photos of Miley Cyrus, Suki Waterhouse and Rosario Dawson just popped up on a website called Celebrity Jihad, and it’s anyone’s guess which celebs will be the next victims.

The women joined a dubious yet ever growing club — last month nude photos of actresses Amanda Seyfried and Analeigh Tipton, and scantily clad pics of Emma Watson, were posted to the same site.

Seyfried, who recently gave birth to her first child, got Celebrity Jihad to take down the photos after threatening legal action, while Analeigh Tipton teamed up with the police to try to track down the person or people who hacked her photos. Emma Watson also pursued legal action, though it should be noted that her leaked pics were not nude and were reportedly from a wardrobe fitting. As this situation continues to develop, it’s unclear if more celebs will be targeted and whether anyone will be brought to justice.

Meanwhile, Mischa Barton has been facing her own nude controversy which PROOF has been covering. Jon Zacharias, an ex-boyfriend of Barton, allegedly recorded her in intimate moments positions without her knowledge and consent and is shopping a sex tape. Allegedly offers have been made for $500,000.  Another ex boyfriend, Adam Shaw, is also involved in the matter in that he has copies of the images though he alleges he tried to stop Zacharias from releasing them. A California court shut all of that down and granted Barton a restraining order against both men, prohibiting them from selling the video and anyone from seeking to purchase the footage. For more information on this incident, click here.

Ultimately, when it comes to celebs who’ve had private photos and videos leaked, it’s almost easier to count who HASN’T had their personal images hacked and displayed for the world to see. With technology today and the skills (and total lack of conscience) on behalf of hackers, celebs need to work harder than ever to protect their privacy.  Fact is, if nude photo of a star exists there is a good chance it will go public, despite their lack of consent.

Perhaps the biggest celeb nude photo dump to date was the infamous “The Fappening” incident in 2014, in which hackers posted stolen nude pics on the website 4chan of celebs including Jennifer Lawrence, Kate Upton, Amber Heard, Ariana Grande, Gabrielle Union, Kim Kardashian, Kirsten Dunst and Kaley Cuoco, among many others.

Lawrence spoke out passionately about the breach, saying,” “It is not a scandal. It is a sex crime. It is a sexual violation. It’s disgusting.” She added, “The law needs to be changed, and we need to change. That’s why these Web sites are responsible.”

Gabrielle Union also didn’t take the violation lightly, reportedly going to the FBI to look for justice. It looks like she and the other victims got it — hackers Ryan Collins, Edward Majerczyk and Andrew Helton were convicted in 2016 of crimes related to the photo thefts.

We at PROOF agree with Jennifer Lawrence that it is a sexual violation and laws do need to change to protect innocent victims. Yes, innocent. Just because someone who is a celebrity does not mean others can invade the most private parts of her life and reveal them to the outside world without permission.  We also applaud the position Mischa Barton’s lawyers took when they argued that attempts by her ex boyfriend was an act of domestic violence.

The more celebs that speak up about these violations and pursue the offenders the greater chance we have in stopping this heinous behavior. Will it go away forever? No. There will always be people who get a thrill from violating the rights of others but if laws continue to be written, penalties enforced and investigation stepped up then we have a chance of reducing it–and that is worth something.

At PROOF there’s nothing we like to do more than to share celebrity news–not malicious gossip. Just real, true celebrity news. Browse the site and see what interests you!

Heather Locklear Arrested for Domestic Abuse. Sadly, It’s Not her First Brush with the Law
Previous Post
Justin Bieber Did All of the Right Things After Hitting a Pap with His Car, But Will He Still Get Sued?