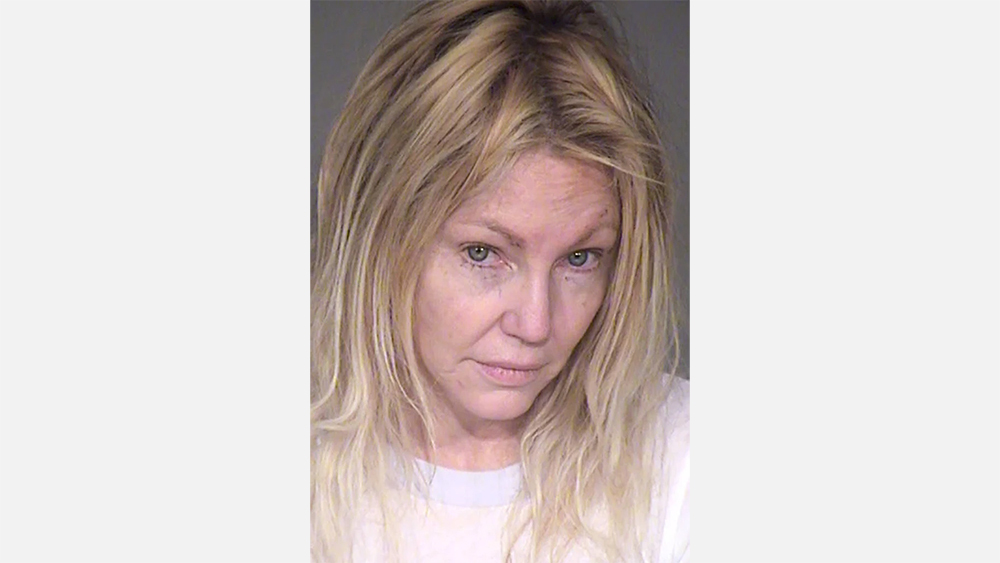 Heather Locklear Arrested for Domestic Abuse. Sadly, It’s Not her First Brush with the Law

Heather Locklear was arrested on Sunday, February 25, 2018 for domestic violence stemming from an altercation with her boyfriend, Chris Heisser. She was also charged with battery for allegedly attacking three of the arresting deputies. Locklear, who you’ll remember from her roles on Melrose Place, Dynasty, and Spin City, was taken into custody on Sunday night after officers were called to her home and found that there was evidence that the actress had attacked Heisser.

Sgt. Eric Buschow of Ventura County Sheriff’s Office said about the arrest, “I don’t have any information as to whether or not an alcohol was involved, but she was extremely uncooperative right off the bat.” Alcohol must have played some role in the altercation because just hours after Locklear was arrested, Heisser was stopped by California Highway Patrol upon suspicion of drunk driving. He failed field sobriety tests and his blood alcohol was above the legal limit. He was charged with driving under the influence.

Locklear has been released on bail and is due in court mid-March (Heisser was also released). Sadly, this is not the first time the actress is facing legal trouble. In fact, it seems as if over the past ten years there has been a pattern of problems for Locklear.  She was arrested for a DUI in 2008 to which she plead no contest to reckless driving. The DUI charge was dismissed.

In 2010, she was arrested for a hit-and-run.  Luckily no one was hurt, but the debris at the scene of the accident (she hit a car that was on a public street) matched Locklear’s black BMW. She got off easy on that one as criminal charges were not filed. But you’d think after these two incidents she would lay low. Not so.

In 2011 police were called to Jack Wagner’s, Locklear’s then-boyfriend, home to investigate domestic violence claims after the two had gotten into a physical altercation. You remember Jack Wagner? Dr. Peter Burns on Melrose Place (and Frisco Jones on General Hospital). No charges were filed. Note though this was primarily due to the fact that once police arrived, reportedly neither party was interested in pursuing anything further. (This is very common in domestic violence cases and, as you can imagine, there are many reasons parties choose not to move forward. Legally speaking, it’s very hard to pursue a case when no one wants to testify or provide evidence).

And, even more sad, in January 2012, Locklear was taken to the hospital following a 911 call from her home. Though details were never confirmed, multiple outlets reported that the star may have been mixing prescription drugs with alcohol.

To add fuel to the addiction theory flames, Locklear released a statement in response to rumors that she entered rehab in 2017. She said, “I am feeling great and am taking steps to enrich and better my life. Currently I am working on tying up some loose ends regarding certain issues so I can hit 2017 full steam ahead.” While the thought of rehab had us hopeful that the fallen star would get herself back on track, it’s clear from this recent arrest that she may need more time to work on herself and through her issues.