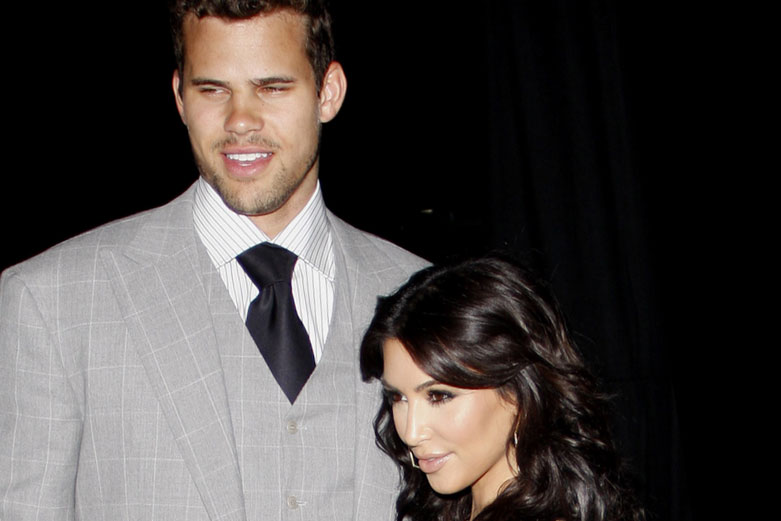 PLEASE BE CAREFUL OUT THERE!

The information in this post falls so squarely in the category of “stuff everyone should know” that I made my three teenage sons read it.  Twice. Here’s the main takeaway: if you give someone an STD you can be sued; if you get an STD you can sue the person who gave it to you.  You can stop reading now if you want or continue on and learn how you can protect yourself from such suits.

Lawsuits for the transmission of an STD can be based on theories of negligence and/or intentional acts and can include counts for fraud and emotional distress. In certain situations, criminal charges can also be brought. Celebrities are not immune from these suits and in fact, may be bigger targets than regular folks because they have deep pockets (translation: they have the money to pay for a verdict or settlement).

One celeb (ok, quasi-celeb) slapped with a herpes suit was Kris Humphries. Remember him? Kim Kardashian’s second husband? Might be hard as they were only married for 72 days in 2011 and with all of the fame Kim K has experienced since then it almost seems like that never happened, right?  Well, back pedal to 2010. Kris is just a basketball player and not yet trying to keep up with the Kardashians when he has a one-night stand with a woman named Kayla Goldberg.  A week after their night of unprotected sex, Kayla is diagnosed with herpes. She thinks Kris gave it to her so she sues him—2 years later.  Note, this was after his televised “fairytale” wedding in which he and Kim allegedly made out with more than 2 million dollars. Not sure what Kris’ NBA contract was then but at the time the suit was filed he certainly wasn’t hurting for cash.

Ultimately, the suit included counts of sexual battery (I know this term sounds very violent like rape but here it refers to the intentional act of transmitting an STD to someone), negligence and negligent infliction of emotional distress. Kayla’s initial lawsuit filed in August 2012 included 2 counts of fraud, violation of the California Health and Safety Code, and intentional infliction of emotional distress but she dropped all of those in less than two months of filing.  So, what are we left with, what exactly is Kayla claiming? Well, she is claiming Kris knew or should have known he had herpes, never told her about it, yet had unprotected sex with her anyway.  And, as a result she suffered physical pain and injury, mental and emotional distress and financial damages. Where did she get the idea that he knew he had herpes? That’s where the case weakens. There are no allegations that he had sores or lesions, had ever experienced an outbreak, had seen a doctor for it, had ever mentioned or referenced that he might have had an issue with any STD, etc.  Kayla’s whole case is based on the fact that  she had sex with Kris and a week later was diagnosed with herpes. Had she not had sex with anyone prior to Kris then her claim would have been solid even without any assertions by Kris but that was not the case. Any one of Kayla’s prior sexual partners could have given her the disease (ALERT: Please be clear, I am not nor in ANY situation would I ever blame the victim or allege that because someone was sexually active they are responsible for a wrong, criminal or civil, that has been done to them by someone else. The only way Kayla would be responsible for getting herpes was if she consented to having sex with an infected person).  If you want to see the actual First Amended Complaint, including the claim that “Defendant earned Plaintiff’s trust throughout the night, and came across as charming, trustworthy, and caring,” click here.

In STD transmission suits, here is what the liability boils down to whether the claim is based on a theory of a negligent or an intentional act: Prior to intercourse, you have a legal duty to warn a sexual partner if you think you have a disease or might be infected with a disease.  If you breach that duty and harm results, you will be found liable. So, Kris had a legal duty to Kayla but in order to prove her case she needed to show that Kris breached it—that he knew or should have known he was infected with the disease. There are a few ways to do this—the easiest being to submit medical evidence.  And, that’s just what Kris did. He submitted blood tests that showed he didn’t have genital herpes (HSV-2).  But Kayla wanted more. She asked the court to order him to undergo testing for herpes simplex type 1 (HSV-1), the one most of us associate with cold sores and blisters on the mouth and lips. According to the University of Maryland Medical Center HSV-1 is transmitted through kissing or sharing glasses and utensils and though it can also cause genital herpes, HSV-2 is the main cause of genital herpes; and, as many as 90% of American adults have been exposed to HSV-1). The judge stopped it all right there. He denied Kayla’s request saying that given the circumstances (no doubt considering how common HSV-1 infection is) ordering more testing would have violated Kris’ privacy rights. Soon after this ruling the case was dismissed. Kris, despite initially threatening to file a counterclaim against Kayla for defamation, never did so. Most likely, he just wanted the whole thing to go away. Keeping a conversation going about herpes is not good for anyone’s game. And I’m not talking about basketball.

Herpes settlements and verdicts are big money though because there is no cure for the disease, there is a stigma associated with having it, and the infected person now has the legal duty to inform every lover of her condition for the rest of her life or risk being sued herself.  The late Robin Williams and former disgraced NFL player, Michael Vick both settled herpes transmission suits out of court for undisclosed sums. But, we can make an educated guess that those sums were substantial. Back in the late ‘80s the suit Robin Williams’ ex filed sought 6.2 million. That number may seem high but it is not unreasonable when you consider the fact that in 2011 a California court upheld a 6.75 million dollar verdict against hair care millionaire Thomas Redmond for giving his former girlfriend the disease.

As mentioned at the outset of this article, I think everyone should know their legal responsibility as it relates to transmitting STDS but another reason why I’m writing about it is because of a celebrity case that I will be discussing a great deal in the coming months—the wrongful death lawsuits filed against actor Jim Carrey by the husband and mother of Cathriona White, Carrey’s deceased former girlfriend. In those matters, allegations that he knowingly infected Cathriona with several STDs, including herpes, is a central issue.  And, because of the complexities in those lawsuits, it’s good that PROOF readers will understand the STD liability before we dive deeper into the other allegations.

Thank you so much for reading—I know this stuff isn’t fun but I’m glad you know it.  Please be careful out there. It’s a scary world.