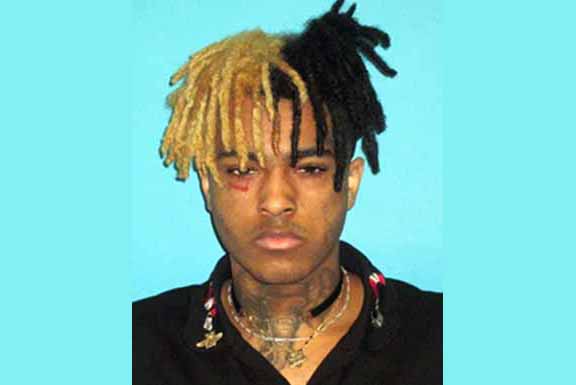 Here’s What You Need to Know About XXXTentacion’s Murder

UPDATE: July 19, 2018  A Florida grand jury has indicted four men in the murder of XXXTentacion. One suspect is still wanted.

On June 18, 2018, rapper, XXXTentacion was gunned down in his car while leaving RIVA Motorsports in Florida. The rapper, whose full name is Jahseh Dwayne Ricardo Onfroy, was only 20 years old when two armed men approached his car and shot him. Fans were distraught when videos of XXXTentacion slumped over in the driver’s seat of his car hit the Internet; and, Broward County Sheriff’s Office soon pronounced him dead at the scene.

Social Media and Soundcloud
Hours before his death, the rapper–who got his start on SoundCloud–posted an Instagram live where he said, “Worst thing comes to worse, I f-cking die a tragic death and I’m not able to see out my dreams, I at least want to know that the kids perceived my message and were able to make something of themselves and use it to turn it into something positive. If I’m going to die or ever be a sacrifice I want to make sure that my life made at least 5 million kids happy.” Telling, no?

Rapper Awaiting Trial Himself at Time of Murder
The Florida native was not without his own complicated relationship with the law. In fact, at the time of his death, he was awaiting trial for charges brought against him in 2016 related to domestic battery, false imprisonment, and aggravated assault of a pregnant woman–his ex-girlfriend. In addition to the assault charges, he was later charged with witness tampering when the same girlfriend (and key witness) filed an affidavit asking for permission not to testify against him and to drop the domestic violence charges. Prosecutors reportedly doubted the authenticity of the affidavit and decided to split the rapper’s trial in two (this is known in the law as bifurcating for those wanting some good legal lingo), with the trial on the more legally significant charges of witness tampering scheduled to occur prior to the domestic violence matter. If convicted of witness tampering, the rapper was facing real prison time. Note that post his arrest he was jailed but then released but ordered to remain under house arrest. This house arrest did not last long as his lawyers asked the court to remove that restriction so the rapper could fulfill his contractual obligations to his record label (however, while fulfilling his contractual obligations was seemingly very important to XXXTentacion, the record company likely could have been released from its’ responsibilities as many of these contracts include clauses that allow for that if talent of talent engages in morally corrupt behavior, is arrested, fails a drug test, etc.).  Furthermore, so influential was XXXTentacion upward trajectory of success that he
was allowed to tour the country and the court continued to grant postponements in his trial (that would not likely have happened for you or me if we were charged with the same crimes).

Early Troubles, Tragic Childhood
But, the domestic violence case and witness tampering matters were only the most recent in a string of run-ins with the law for the rapper. In 2013-2014, the rapper spent close to a year in a juvenile detention center for gun possession. And, his time in prison was punctuated with violence, with XXXTentacion allegedly bragging about attacking his homosexual cell mate for looking at him while he changed.

Moreover, in August of 2015, the rapper was arrested for robbery and assault. He agreed to house arrest and was released from jail. These charges occurred around the same time the abuse allegations came to light. Even while under house arrest for the 2015 incident, he allegedly continued to abuse his pregnant partner.

XXXTentacion’s death has a lot of people talking about the effects of a violent upbringing on young men, as well it should.  After spending his childhood apart from his mother because she could not afford to raise him, then being passed around youth programs, and then being put in juvenile detention, there’s no denying that the rapper’s upbringing was rough. No doubt it affected his choices, behavior and lifestyle. Would have been nice had some of those record execs and others making money off the troubled rapper got him some help instead of wondering how to get him back on tour and selling records. June 18, 2018 might have turned out to be quite a different had they done so.

Meteoric Rise on the Charts
Despite all of this controversy and trouble surrounding XXXTentacion the young rapper’s climb to the top did not stop. As noted above, after starting off of SoundCloud, the rapper shot to No. 2 on the Billboard 200 Chart with his album 17. The album was praised by rappers including Pulitzer Prize winner Kendrick Lamar. He had similar success after signing with Caroline Distribution (a part of Capitol Records) when he released his second album? in March of 2018. It debuted at No. 1 on the Billboard album chart and No. 1 on the Billboard charts. This was a first for any Soundcloud rapper.

The rapper’s past did eventually catch up with him when Spotify removed his music from their playlists as a part of their new Hate Content and Hate Conduct policy. But, after critics blasted the policy in general, his music was back on the streaming service by June 1, 2018.

Murders Suspects Arrested
Authorities have been fast-acting in finding the men involved in the shooting. Two days after XXXTentacion’s death, 22-year-old Dedrick Devonshay Williams was arrested and charged with first-degree murder, operating a vehicle without a license, and a probation violation. On July 11, 2018 another man, Michael Boatwright, was arrested on an unrelated drug charge, but was swiftly served with an arrest warrant for the first-degree murder of XXXTentacion. Broward County has another person of interest, Robert Allen, who, to date has not yet been arrested. Apparently, Allen was seen on surveillance footage from the motorshop on the day of the murder.

Back on the Charts
Since his death, a lot of XXXTentacion’s music has once again hit the Billboard Hot 100 after fizzling out earlier in the year. In fact, his song “SAD!” becoming the first posthumous No. 1 hit for a solo artist since Notorious B.I.G.’s “Mo Money Mo Problems” took the spot in 1997. This didn’t even happen for David Bowie or Prince after their deaths.