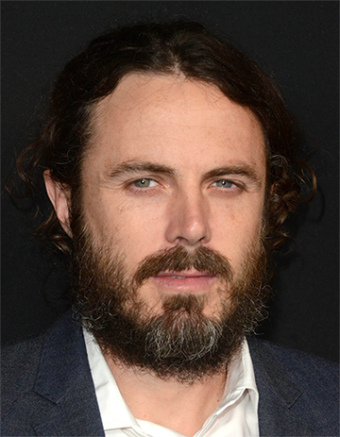 Casey Affleck’s Oscar nomination and ultimate win has dredged up some history I am sure he hoped was long forgotten. Back in 2010, Affleck was sued in two separate matters by two different women for sexual harassment, among other things.

Producer Amanda White sued Affleck for damages in excess of $2 million and cinematographer Magdalena Gorka sued Affleck for damages in excess of $2.25 million, alleging that Affleck verbally and physically harassed them while making the film “I’m Still Here.” Affleck settled with both women out of court for undisclosed amounts. Interestingly, these suits have gone relatively unnoticed — that is until Affleck started getting praise for his work in Kenneth Lonergan’s Manchester by the Sea. The proverbial can of worms was then open and the media and the entertainment industry were all talking about these cases. Many thought the lawsuits would and should mar his chances at an Oscar.  But, as the world watched, Casey Affleck was named Best Actor for the lead role in Manchester By The Sea. Several in attendance at the awards show were not happy about the win. On social media, the disappointment and disgust has been much more apparent.

We at PROOF have reviewed the complaints filed in LA Superior Court against Affleck.  From reading those complaints and other documents, here’s what we know about White and Gorka’s lawsuits. White claimed that during filming Affleck constantly discussed his “sexual exploits” and that he even instructed a member of the crew (Antony Langdon, a good friend of Affleck and of Joaquin Phoenix, who, it should be noted,  is referenced throughout the complaints as the film, I’m Still Here, is a documentary about Phoenix) to show White his penis. White also alleged that Affleck tried to get her to stay in his hotel room,  but when she said no, he “grabbed her in a hostile manner in an effort to intimidate her into complying.”

Gorka relayed a similar story in her suit, describing an incident in which Affleck crawled into bed with her while she was sleeping–he was in his underwear. Gorka claims that the “I’m Still Here” crew was staying at the actor’s apartment after a long night of shooting. (Affleck and Phoenix decided not to put the crew up in a hotel but rather had them stay at Affleck and Phoenix’ apartment.) According to the complaint, Gorka says that Affleck said she could stay in his room while he stayed on the couch, but that she woke up to Affleck “lying in bed next to her” and “he had his arm around her, was caressing her back, his face was within inches of hers and his breath reeked of alcohol.” Gorka says that she asked the Affleck to leave and he got angry. She called her time on the film, “the most traumatizing of her career.”

There is great deal more of detailed allegations in the these complaints and you can read them for yourselves by clicking here and here.  They’re pretty shocking.

At the time the suits were filed, Affleck denied all of the allegations and even threatened to file counterclaims against the women. He did not do so in either matter.  Instead he settled them both for undisclosed amounts.  As we have previously discussed on PROOF there are many reasons people choose to settle cases and they hold true for Affleck as well. It could be that he did what was alleged, felt remorse and wanted to compensate the women for it or it could be that he didn’t want the stress of the lawsuits, was worried about the effect on his career, or it could be any number of things. We do know that it was clearly in Affleck’s best interest to keep these cases as quiet as possible.  Settling them for undisclosed sums (and likely a requirement that the victims not speak publicly about them) served that interest pretty well.

What is frustrating in this Trump era is that another man seems to be rewarded despite engaging in bad behavior.  Yes, there is a distinguishing factor here in that these allegations are in no way related to his work on Manchester by the Sea. There are no allegations of  offensive behavior on that set or, for that matter, any recent allegations against Affleck for sexual harassment.  Maybe these lawsuits served as a wakeup call to him and caused him to change his treatment of women.  Certainly, that is a possibility.  Still though, there is something that just doesn’t feel, right, just or fair that Hollywood is rewarding a male actor who has this in his not-so-distant past and that it occurred in an environment related to his work as an actor.

Another aspect of this matter disappointing us at PROOF? When Affleck was asked about the allegations, his response was to say that the claims were baseless attacks on his family and that he does not feel a responsibility for what happened, and that “it was settled to the satisfaction of all. I was hurt and upset — I am sure all were — but I am over it.”

Affleck may be over it, as well as the members of the Academy, but women, especially those in the industry certainly are not.