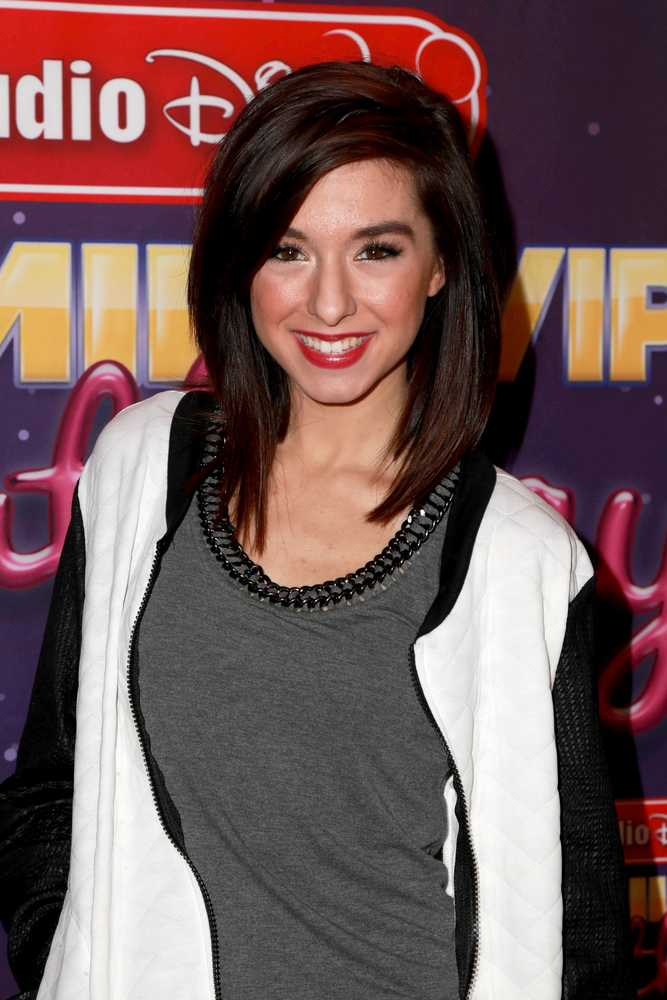 Here at PROOF, we’re convinced that stalking is by far the scariest byproduct of fame. Despite the argument that celebrities choose to live their lives publicly, no one deserves to feel threatened or face danger on a daily basis. While many celebs endure harassment, and take out restraining orders when necessary, often things take a much scarier turn. PROOF is taking a deeper dive into the most tragic stalker situations in Hollywood–situations that have sadly ended in someone’s death.

One of the first murders that comes to mind when we think of young Hollywood actresses is that of Rebecca Schaeffer, the star of the TV show “My Sister Sam.” Schaeffer was murdered by her stalker, Robert James Bardo, in 1989 in the doorway of her home. Her death helped bring about the country’s first anti-stalking laws. Bardo remains in prison, serving a life sentence without parole. It seems impossible to believe, but prior to Schaeffer’s murder, stalking was not a crime.

Actress Theresa Saldana was attacked by a man who called himself the “benevolent angel of death” in 1982. Though she survived being attacked by Arthur Richard Jackson, she was stabbed so many times that she required major surgery on her heart and lungs and a transfusion of 26 pints of blood. Though she later became an advocate for stalking victims, she was continually harassed by Jackson while he served time in prison — he was handed a mere 12 year sentence for his crime — and he threatened her life on numerous occasions. Eventually he was extradited to England where he died in 2004. Saldana passed away in 2016.

Mental health is clearly an issue when it comes to stalking and in the case of Paula Abdul’s alleged stalker, Paula Goodspeed, she ended up killing herself near the star’s Los Angeles home in 2008. Goodspeed appeared on American Idol in 2005 and, as was common in those days, she was criticized harshly for her talents, but expressed a deep admiration for Abdul. When her body was found in her car, the license plate of which read “ABL LV,” with a photo of Abdul hanging from the mirror

The story of Selena has been immortalized on film, but we can’t shake the horrific real-life details of the singer’s murder. The Tejano singer was shot to death in 1995 by Yolanda Saldivar, the president of her fan club. Saldivar was a fan who has repeatedly asked Selena’s father, Abraham Quintanilla Jr., his permission to start a fan club. It was later discovered that Saldivar was embezzling money from the club and, after being confronted by Selena’s family about it, she murdered Selena by shooting her in the back. Saldivar was sentenced to life in prison.

No one will forget the stalker who killed John Lennon. Mark David Chapman famously gunned down the Beatles legend outside his New York City apartment building in 1980. Chapman has been serving life in prison and has been denied parole nine times. He has said that he killed the Beatle because he wanted to be famous, but his haunting recollection of the night he killed Lennon is even more disturbing. “As a ruse, I had his album and a pen and I asked him to sign the album… He asked me if I wanted anything else. His wife had come out with him and she was waiting in a limo and that’s something I often reflect on how decent he was to just a stranger.” A stranger that he then came back to murder later that same evening after receiving an autograph.

John Hinckley Jr.’s obsession with Jodie Foster took a bizarre turn in 1981 when he attempted to kill President Reagan to get her attention. The President was shot in the chest, and three other men were also shot, most notably Press Secretary James Brady, who was paralyzed by the attack (and spent the rest of his life campaigning for gun control).

It may seem as though celebrity stalkers have gotten less violent in recent years since many of these stories have occurred over the last 40 years or so, but let’s not forget the latest tragedy at the hands of a crazed fan: Christina Grimmie. The young singer placed third on her season of The Voice and had just performed a concert on June 10, 2016 in Orlando, Florida, when Kevin James Loibl gunned her down as she was signing autographs for her fans. Grimmie’s brother managed to restrain Loibl temporarily to try and save his sister, but moments later Loibl escaped and killed himself.

While each of these circumstances is undeniably scary and terribly tragic if there is anything on the positive side to note, it that they have sparked changes in the law.  But isn’t it an unfortunate fact that we must wait until something truly awful happens before we really start to talk about how to prevent such tragedies from happening again?