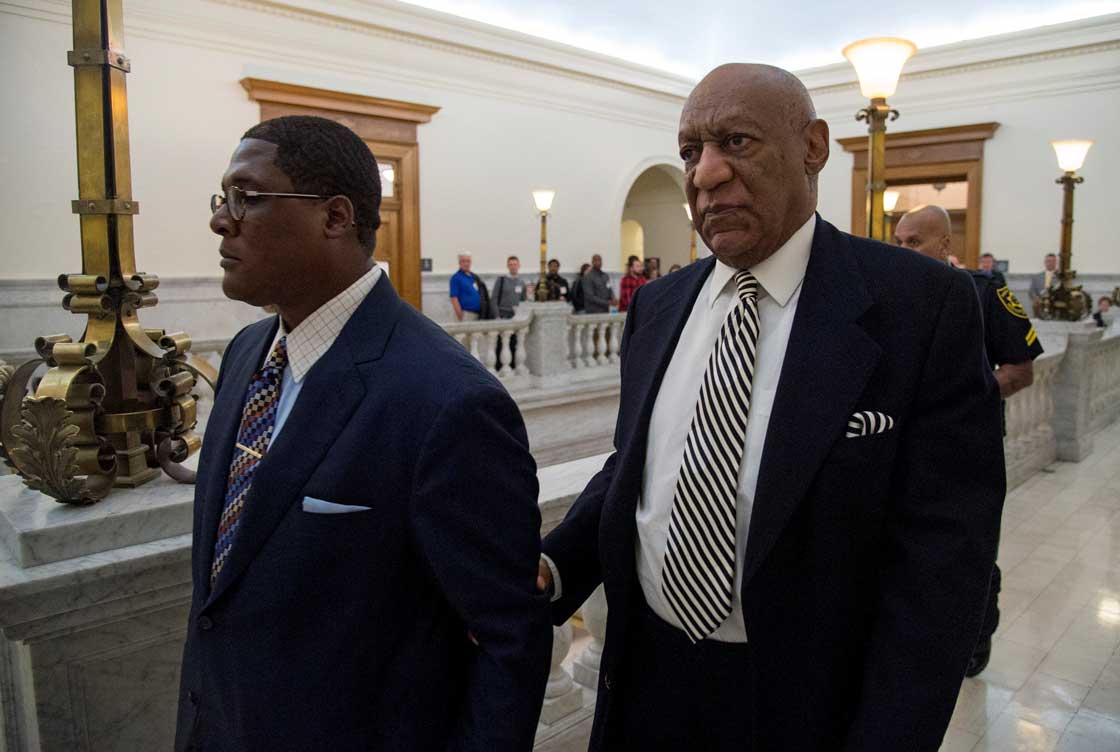 The second sexual assault trial of disgraced comedian, Bill Cosby will begin on April 2, 2018. Given how much evidence and information there is from the first trial and all the pretrial proceedings and investigations this actually is not too bad. Though we often hear the phrase “justice delayed is justice denied,” the truth is delay is a tactic that many defense teams use to their advantage. In Cosby’s case, given his advanced age and the fact that he is not sitting in a jail outside of Philadelphia awaiting trial, a later trial date might have been preferable to his team. But, that’s not what they got and the Commonwealth of Pennsylvania vs. William H. Cosby, Jr. will be retried within a year of the original trial date.

To recap, despite the fact that nearly 60 women claimed that Cosby assaulted them, this case, is the only one in which Cosby will face criminal charges (there are several civil suits against him). As you might recall, that’s because in all of the other incidents the statute of limitations–the time period in which criminal charges can be brought–had run. Cosby stands accused of three counts of aggravated indecent assault, a second degree felony, punishable by up to ten years in prison.

So, what happened last June and why is there a second trial? Many of you know I was there for the trial’s entirety and wrote about what occurred. Click here  to read detailed daily updates. The bottom line is that the jury could not reach a unanimous decision on guilt on ANY of the three counts. They deadlocked on all of them with no hope of any movement. After six days of intense deliberation, Judge O’Neill, the presiding judge, had no choice but to declare a mistrial. What’s surprising though is that the jury, who was sequestered during the trial, were very quiet post the declaration of the mistrial. We know very few details about what went on in the deliberation room. Having feedback from them would have been helpful to both sides because on April 2, 2018 a totally new trial will begin. So, while this is a second chance for both Cosby and for the prosecution, Judge O’Neill is set to sit at the next trial so it may prove not to be overly different from the first one.

One major way in which it will be different, however is that in August 2017, Cosby’s lead defense counsel, Brian McMonogle (who, you will note in my daily trial briefing I praised for his zealous, albeit perhaps sometimes overly zealous, representation of Cosby), withdrew from the case; Cosby replaced him with Thomas Mesereau, the attorney to such celebrity clients as Michael Jackson, Mike Tyson, Robert Blake and Marion “Suge” Knight, among many others.  No doubt right now Mesereau and his team are poring over trial transcripts, witness statements and evidence as well as looking for that new information attorney Matt Swain referenced that might just make Judge O’Neill change one of his rulings.

Rest assured, PROOF will be back in Norristown, PA for the second trial and we will certainly let you know all about it.

Justin Bieber Did All of the Right Things After Hitting a Pap with His Car, But Will He Still Get Sued?
Previous Post
Marchesa Back on the Red Carpet Thanks to Scarlett Johansson . . . and Anna Wintour