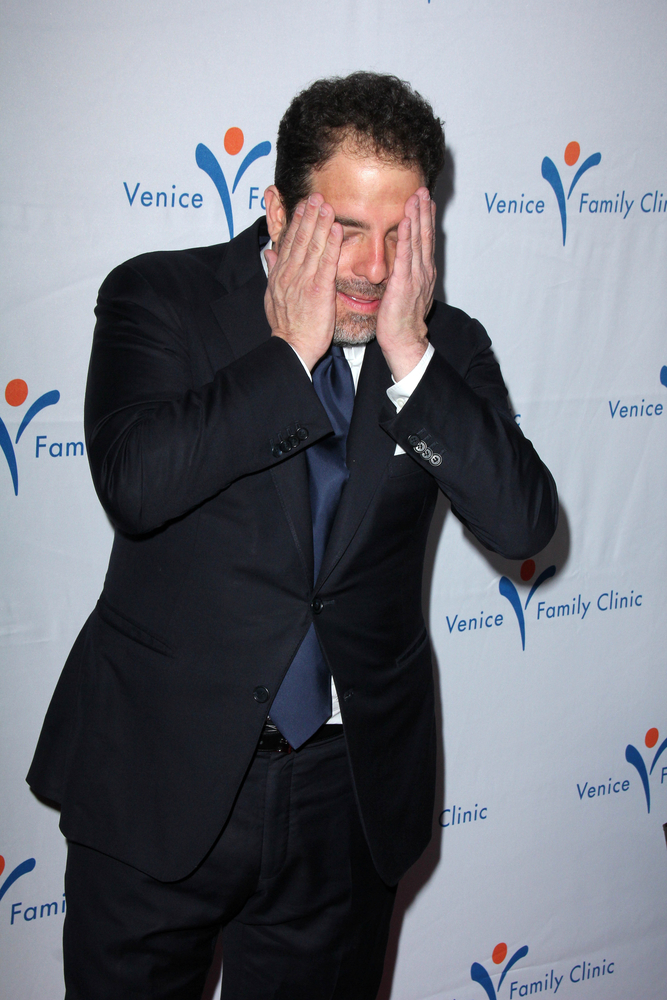 Olivia Munn and Natasha Henstridge are among the six women who shared, in alarming detail, their experiences of being assaulted by producer Brett Ratner. Let’s just go ahead and add him to our Hollywood Male Producer Sh-t List, shall we? He can join the likes of Harvey Weinstein, Jeremy Piven, Kevin Spacey, and James Toback (not to mention the non-producers such as Andy Dick, Mark Halperin, and Dustin Hoffman). We here at PROOF are angry, now. The pace, the details, the breadth and depth of these violations have reached staggering proportions. Forgive us if our patience is wearing thin with these “alleged” abusers.

Back to Ratner (behind the scenes at PROOF we refer to him as Weinstein’s mini-me): The LA Times broke the story after having spoken with six women, two of whom are well known actresses Olivia Munn and Natasha Henstridge, about their experiences with “The Revenant” producer, Brett Ratner. Here is what they had to say:

Olivia Munn has a similarly disturbing story. In 2004, Munn (then 24 years old) was visiting one of Ratner’s movie sets to deliver him a meal. The director, who was 35 years old at the time, masturbated in front of her. To make matters worse, after Munn wrote about the incident (without mentioning Ratner by name) Ratner took it upon himself to spread the rumor that they had had sex in the trailer. He later admitted this was false. Munn actively refused to work with him.

Something Munn said in her interview with The LA Times struck us here at PROOF as very poignant and illustrative is this: “It feels as if I keep going up against the same bully at school who just won’t quit. You just hope that enough people believe the truth and for enough time to pass so that you can’t be connected to him anymore.” She said that when she sought out advice as to how to proceed with pressing charges against Ratner, she was dissuaded from going up against a Hollywood power player.

We’ll remind our readers that it is never easy for victims to speak up, and while many may ask, “Why now?” we say “Why not now?” and we also implore people to also should ask “Why didn’t she feel comfortable then?” Munn equating Ratner to a bully who won’t quit is right on the money. At PROOF we’ve often referred to these power hungry, Hollywood power players as bullies. Ratner had the means to humiliate her and bully her into silence. So truly, to us, “Why now?”  doesn’t really matter other than waiting means that legally many victims are left without legal recourse–criminal or civil–because he statute of limitations has run. We all do know the answer of “Why now?” though. With all of the media attention on the hundreds of women accusing Weinstein, Toback and others of assault, victims are feeling safe and/or feel it’s just the right time for them to speak up. Good for you, Natasha Henstridge and Olivia Munn and all of Ratner’s other victims, as well as those who suffered at the hands of other aggressors.  Your timing (unlike that of Kevin Spacey’s coming out story) is irrelevant.

Big shock. Ratner “vehemently disputes” Munn and Henstridge’s allegations, as well as the four others that are included in the report. Okay, Ratner. We’re not sure how long you’re going to be able to take that position. There is very little doubt that the victim count is going to remain at six. Not that any more are needed to make it true–one is enough.

While we are angry about these near daily stories of harassment, abuse and assault, we will not stop telling them. There is a bright spot and that is that it will all lead to much needed massive social change. Women and men are coming forward, talking about their sad, tragic reality and we are listening. We are not ignoring it. We have said it before and we will say it again, times are changing. Women becoming more comfortable with speaking out about their abuse signifies a change in the culture that allows a breeding ground for sexual assault and abuse. We applaud their courage and we stand with them.  We will always stand with them.