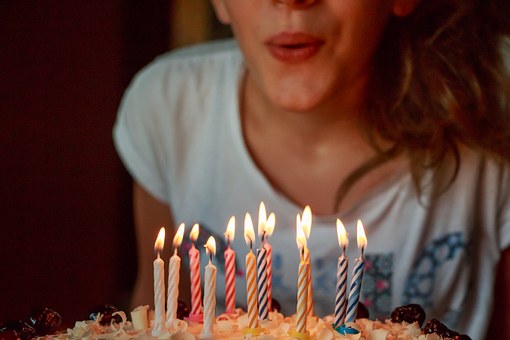 Singing Happy Birthday to the birthday “girl” or “boy” on his/her special day is as ingrained in us as watching fireworks on the 4th of July–probably even more so. But until recently if you sang it in public (which all of us have!) you risked a $150,000 fine for copyright infringement! Yup. That’s because Warner/Chappell Music (a division of Warner Music Group) maintained it owned the copyright to the 16-word song that was written in 1893 by Mildred and Patty Hill. Warner has never actually gone after an individual for singing it at Chuck E. Cheese but if you’d ask them if legally they thought they could, their answer would be “yes.” This sweet, little song was quite the revenue generator for the music giant. While Warner gave us regular folks a pass they weren’t about to lose a dime from deep pockets. In fact, Warner earned more than $2 million in copyright fees each year as a result of Happy Birthday being sung in a film or television show. And, they demanded payment at every turn and no one in Hollywood seemed to argue with them . . . until Until Good Morning to You Productions Corp. (I love that name, it’s as happy and innocent as Happy Birthday itself, isn’t it?) decided to make a documentary about the song and refused to pay the $1,500 licensing fee.

Good Morning to You Productions Corp. believed the song belonged in the public domain and should therefore be free to anyone who wanted to sing it. So, how does a dispute like this get resolved? A competitive game of Pin the Tail on the Donkey or maybe the one who delivers the final whack to the piñata? Nope. Just like all copyright disputes that can’t be settle amicably, a lawsuit was filed. In this case, a class action suit was brought against Warner contending that their copyright claim for “Happy Birthday” was invalid. The class (that’s a legal phrase that refers to plaintiffs who make up the members of a class action) conceded that the publishing company might own a limited piano arrangement version of the song published in 1935, but that was it. The words, the melody was free to anyone to sing whenever and wherever they pleased. The suit demanded restitution of millions of licensing fees plaintiffs had paid during the prior three years (because of the statute of limitations, the suit could not go back further than that).

And, really good news here!  A federal judge agreed with Good Morning to You and ruled Warner’s copyright claim invalid. They settled the case in 2016 for $14 million and the song moved into the public domain. In case you’re wondering where the money went, it was used to refund those who had paid licensing fees, including Good Morning to You Productions Corp.  And the icing on the cake? Shortly afterward they released their documentary. Happy Birthday: My Campaign to Liberate the People’s Song.

As a further note, the same attorneys who won the Happy Birthday case have filed similar lawsuits for “We Shall Overcome” and “This Land is Your Land.” No final decisions yet on those songs but a New York judge recently ruled that the “We Shall Overcome” lawsuit can move forward.  I expect the outcome to be the same as with Happy Birthday. Don’t ya just love a happy ending?

Here’s Why You Don’t See Celebs Under the Influence Getting Jail Time
Previous Post
Did NBC Make the Right Decision Terminating Billy Bush?