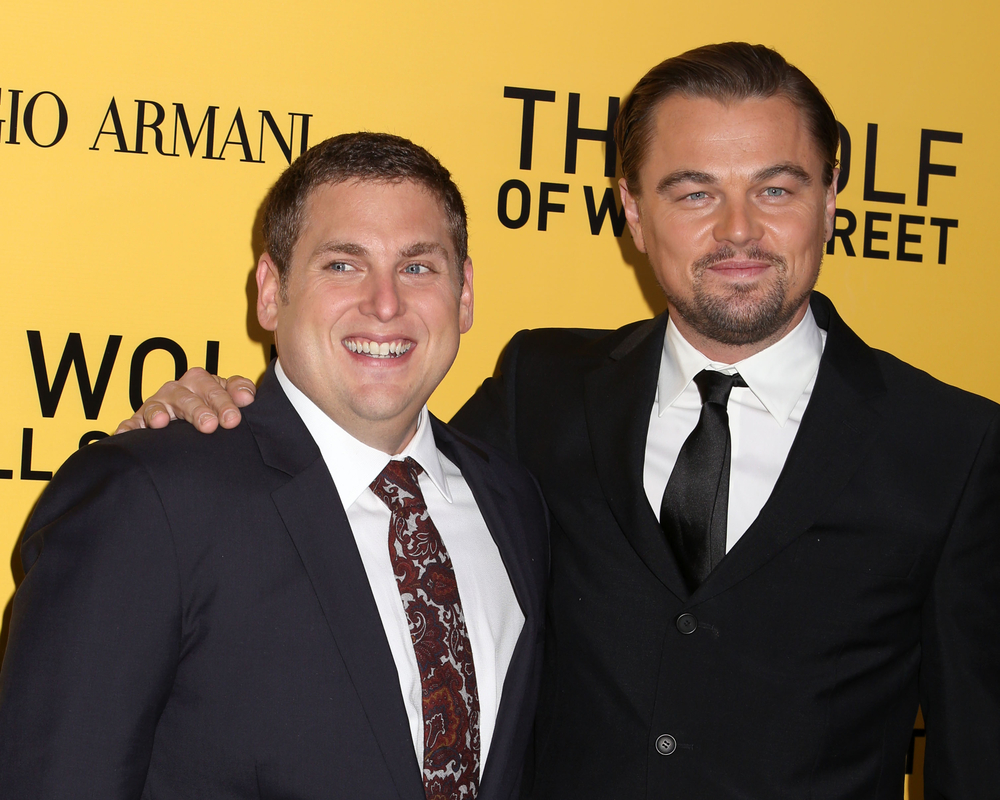 Wolf of Wall Street and War Dogs: More in Common than Jonah Hill

The Wolf of Wall Street and War Dogs are big budget films that involve big money, big drug use and  . . . Jonah Hill. While all of that is enough to make these cautionary tales about excess and greed (Why is it that I can’t write the word greed without an image popping into my mind of Michael Douglas shouting Greed is Good to a packed room?) successful in Hollywood terms it also has been enough to have both films deeply embroiled in another American institution—the justice system.

Let’s talk first about The Wolf of Wall Street. The two lawsuits the 2013 film is facing face are quite varied and interesting.

Andrew Greene, one of Jordan Belfort’s  (“the Wolf” as it were) colleagues is suing Paramount Pictures and The Wolf of Wall Street filmmakers for defamation. Greene claims that the character in the movie, Nicky “Rugrat” Koskoff is based on him and inaccurately and unfairly represents him. In the film, Rugrat is the toupee wearing, drug abusing, Belfort follower who is seen in the film being teased about his hair, or lack thereof. In real life, Greene worked at Stratton Oakmont, was in Belfort’s inner circle, was known by the nickname “Wigwam” and wore a toupee (Note, he’s toupee-less now and sports a shiny, bald, head.) Despite all the reports of wild times at Stratton Oakmont, Greene claims he never acted like Rugrat—he didn’t drink, do coke, take ‘ludes or enjoy X-rated private plane rides.  He even has gone so far as to say he thought Belfort’s treatment of women was “highly offensive.”  Most importantly and critical to making a defamation claim, Greene says he has suffered damage as a result of this erroneous depiction and that he has had a hard time getting work since the movie came out.  (Greene first tried to block the movie from release; clearly that didn’t happen.)  The legal goings-on in this lawsuit are actually very complex and though some of Greene’s claims have been dismissed, others remain live and viable.  So much so that Martin Scorsese, the director of The Wolf of Wall Street and Terrence Winter, the screenwriter, have given depositions in the matter.  Leonardo DiCaprio, whose production company, Appian Way produced the film along with Paramount Picture, has been ordered to provide testimony, but due to Leo’s busy travel and work schedule, his deposition has not yet been taken. Greene’s lawyers aren’t sitting idly by waiting for a break in Leo’s Cannes-Cabo-Capri travel schedule. In June 2016 they asked the court to order that Leo sit for a deposition. That motion was granted; but, still, so far, Leo has not been sworn in to tell the truth with a court reporter present. Not that any of us will get to read the deposition transcript or see the video if it’s filmed. No doubt Leo’s lawyers will see to it that it is sealed and under a protective order.

The second lawsuit involving The Wolf of Wall Street is much more pervasive. The U.S. Department of Justice has filed a 136 page civil complaint claiming that as a result of well-connected fraudulent individuals more than $3 billion (yes, that’s billion with a “B”) was stolen from the Malaysian people and used, among other things, to fund production of The Wolf of Wall Street, a film which allegedly cost more $100 million to make. Specifically, the US government seeks civil forfeiture (this is a civil not a criminal case currently so no prison time for anyone if convicted) of some of those assets, namely profits from the 2013 film.  Bit ironic, no? A film about fraud, which made close to $400 million the subject of this type of lawsuit? And the really sad part?  According to Assistant Attorney General Leslie R. Caldwell, “the Malaysian people never saw a penny of profit from that film.”

And now on to War Dogs. This suit is kind of like the suit against the Wolf of Wall Street filmmakers and kind of not. I write this not to confuse you but so that you can easily see the distinctions. Yes, an individual (through his own entertainment company) is suing and claiming violation of his likeness but here the claim isn’t that a reputation is being sullied, rather the plaintiff preferred that he, not Warner Brothers, be the one to address his reputation in a public forum. Yup, that’s it. Efraim Diveroli, the former arms dealer upon whom the film War Dogs is based is suing for breach of a non-disclosure agreement, misappropriation of his likeness rights and conversion of confidential and proprietary information. Diveroli is claiming that before Warner Brothers was doing a film about him and his life, he had already met with a Hollywood producer in an effort to sell the rights to the 360 page screenplay he wrote called “Once a Gun Runner.” The problem was that while he was in prison for the very crimes he allegedly wrote about,  Rolling Stone published an article by reporter, Guy Lawson, called Arms and the Dudes that tells the story of Diveroli (Lawson then published a book on the topic with the same title.). It is Arms and the Dudes that formed the basis of War Dogs according to Warner Brothers.  They believe they are not at fault because they legally securing the rights from Guy Lawson to make a film based on Arms and Dudes and that Diveroli didn’t start writing his life story until months after their deal with Lawson was publicized.  Moreover, Warner Brothers isn’t seeking ownership of Diveroli’s story at any level. In fact they’ve gone so far as saying that if Diveroli doesn’t like how War Dogs came out, he should tell his story himself.

Warner Brothers has asked the court to dismiss the case; and, in doing so they’ve broken out the big guns in support of their motion: The Constitution. Warner Brothers says War Dogs is protected by the First Amendment.  How so? Well, that’s where Anti-SLAPP comes in (Their motion to dismiss is based on Florida’s Anti-SLAPP statute. SLAPP stands for Strategic Lawsuit Against Public Participation and the purpose of it is to stop malicious or frivolous lawsuits that chill free speech). Warner Brothers argued that War Dogs story is a matter of public interest and therefore the film is protected speech. In their motion, they stated, “Movies generally — and especially those that dramatize front-page news events — are shielded by the First Amendment, and no person has an exclusive right to tell or to shape such stories.”  So far no ruling on the motion to dismiss but I have seen War Dogs and have read the filings. I’m on Warner Brothers side on this one.

And, we at Proof want to say a big thank you to Jonah Hill for starring in movies that keep us up to date on the never-ending tales of greed and avarice.  Thanks, Jonah!