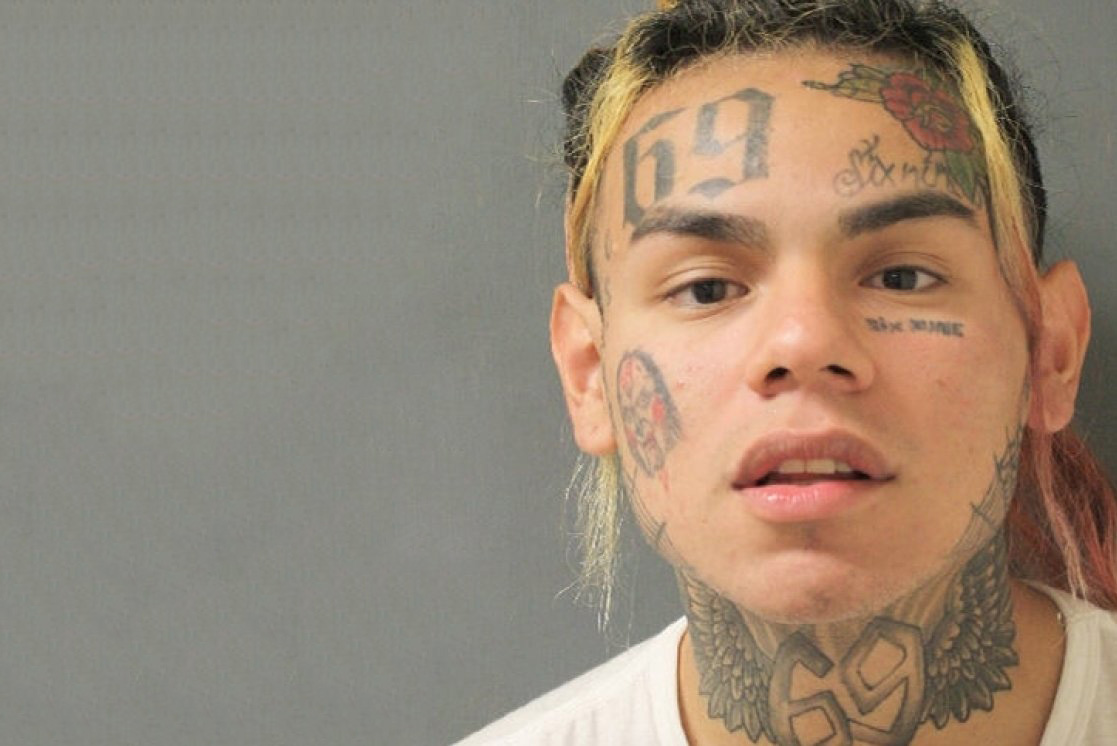 Lately the name Tekashi 6ix9ine has become synonymous with run-ins with the law and near misses of violence. This time the young rapper’s bad luck has affected big, money making names.

On Thursday, November 8th, 2018 a gunman fired multiple shots at a $500,000 video shoot where Kanye West and Tekashi 6ix9ine were filming. Shots were fired at around 10:25 pm and though thankfully no one was injured, 8 shots were fired and one even went through the window of the $80 million Beverly Hills home that the artist had rented for the shoot. 50 Cent, who was also to be part of the project, uploaded photos of a bullet hole in one of the windows of the mansion. Nicki Minaj was scheduled to be at the shoot but hadn’t yet arrived at the time of the shooting. Kanye tweeted on the morning of Friday November 9th that he was safe and with family (then of course the tragic SoCal fires began to rage and he and the rest of his famous family were forced to evacuate). Note that to date the video shoot has not resumed nor has it been rescheduled. Not a big surprise given the very real danger involved here.

You’ll recall that previously PROOF did a major breakdown of Tekashi 6ix 9ine’s legal woes, so it shouldn’t be a shock that while the young rapper has been experiencing some serious success, he has also been plagued with legal problems as well.

In July 2018, the rapper was kidnapped, pistol-whipped and robbed of jewelry. He claimed two men got out, forced him into their car, and made him call another man to bring him some personal property from his Brooklyn home, which he did. The rapper said the men took an undisclosed amount of jewelry and left. He “became uncooperative” after filing the report, police reps said, and was then admitted into the hospital. A suspect was just arrested (November 2018) and it turns out that he was a “disgruntled employee.” The accused was allegedly part of Tekashi’s crew but felt he wasn’t being compensated sufficiently for his work. Other suspects involved in this incident remain at large.

The week before the music video shooting the 22-year-old rapper was sentenced to four years of probation in a Manhattan court and narrowly missed out on prison time for violating the terms of a plea agreement stemming from his 2015 arrest for the disturbing charge of use of a child in a sexual performance. The Manhattan D.A. had wanted the rapper to spend one to three years in prison and have him register as a sex offender, but thanks to a particularly generous plea deal the rapper was on the track to probation. Despite the fact that he got arrested twice in 2018–once for driving with an expired license and assaulting an officer in Brooklyn, and once for allegedly attacking a 16-year-old fan in Texas, the court kept to the terms of the deal: Tekashi got probation.

And, on November 14, 2018, Tekashi was back in a NYC courtroom facing the expired license and police officer assault charges. As part of a plea deal, the rapper pleaded guilty to disorderly conduct and the other charges were dropped (don’t get too excited, the assault allegedly entailed Tekashi squeezing the police officer’s hand, so not too violent, really).  So, no jail time again for the rapper but as part of the deal, he has to stay out of legal trouble for a year. If he fails to do so, then he could be tossed behind bars. If history shows us anything as it relates to Tekashi 6ix9ine that staying out of trouble requirement may prove to be problematic. We hope not because if he does violate this condition, we fear his his luck may in fact have run out and jail time could become a real possibility.

The entire situation is reminiscent of the days in the ‘90s when rappers like Tupac Shakur and Biggie Smalls were in the middle of their big East v. West feud. Unfortunately for both parties involved, the feud proved fatal with both men dying in drive-by shootings. So, because we hate violence and there is so much “bad stuff” going on in the world, we truly hope this young rapper can help put this feud to rest and  stay on the straight and narrow as he has vowed to do.

Proof Poll: 68% of Proof Voters Say Spacey’s ‘Let Me Be Frank’ Video Hurts Him
Previous Post
An Insider View of Eastwood’s New Film, The Mule. Jill Chats with one of the Drug Courier’s Real Life Lawyers