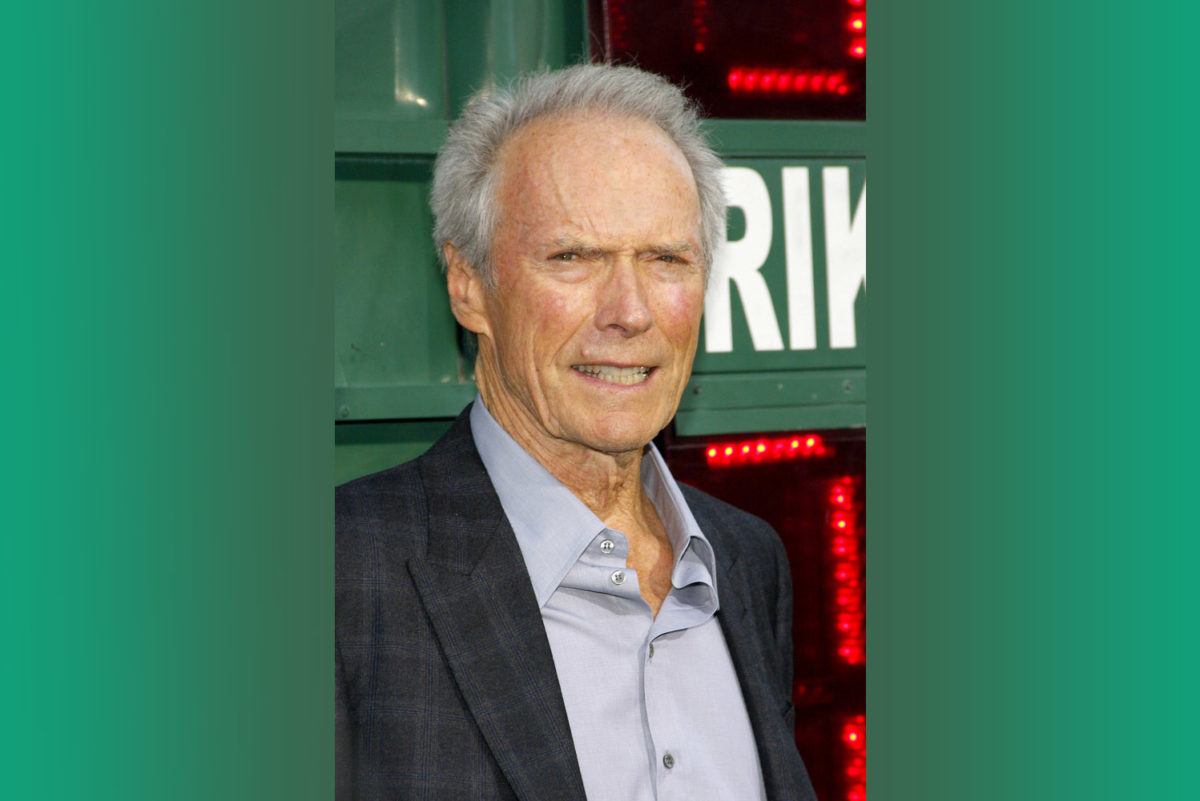 An Insider View of Eastwood’s New Film, The Mule. Jill Chats with one of the Drug Courier’s Real Life Lawyers

Today I had the chance to chat with a favorite lawyer friend of mine—Ray Richards.  He’s one of Detroit’s best and if you find yourself in trouble in the Motor City there’s no one better to help get you out of it.  And though I could talk to Ray all day long about the kinds of matters he works on, today we’re talking about one of his most interesting cases, a case so interesting that on December 12 a film starring Clint Eastwood is being released about it. It’s called The Mule and follows the arrest of Earl Stone (real name Leo Sharp), an octogenarian drug courier. Here’s an excerpt from my interview with Ray. Nothing like an insider view!

Jill: What’s The Mule about, Ray?

Ray: The Mule, as one might imagine is about a drug courier.  Mule is street jargon for someone who transports drugs for distribution across county, state, and often country lines.

Jill: What’s so special about this mule that Hollywood would make a movie about him?

Ray: Oh, definitely his age. Leo Sharp—the subject of this film—was the oldest criminal defendant to be charged and convicted of a major drug crime in the history of the US.  I represented him in the initial stages post arrest.

Jill: That’s quite a client to sign up. How’d you get him?

Ray: I’m a member of the Criminal Justice Act panel for the Eastern District of Michigan.  It’s a panel made up of very experienced, skilled lawyers tasked to represent indigent defendants who are charged and/or indicted with major crimes under the federal criminal statutes.  Essentially Leo was assigned to me to represent.

Jill: So he wasn’t paying you? I was wondering how he could afford you! So many drug dealers have their assets frozen and it prevents them from hiring the best of the best.

Ray: I’m not that expensive, Jill. And you know me, if it’s a case I believe in, I figure something out. The right to competent, zealous representation is something I don’t believe anyone should have to compromise on.  But, you’re right that’s a problem with out system, assets are frozen before a defendant is proven guilty. It’s a pretty troubling scenario because it prevents access for some defendants.

Jill: Tell us about Leo. I’ve seen the trailer for The Mule and I have to say, he doesn’t come across as that sympathetic of a guy.

Ray: Well, he was no teddy bear that’s for sure. He was certainly outspoken, colorful strong-minded and very strong willed but he was also kind. I’d describe him as epitome of the old school “man’s man.”

Jill: Seems they certainly got the casting right it . . .

Ray: Oh yes, can’t picture anyone but Clint Eastwood playing this role. But in my dealings with Leo he had levity to him that he brought to a pretty tough situation. We had the opportunity to have some deep professional and personal discussions.

Jill: Can you share some details about the case, without violating the attorney client privilege of course?

Ray: Even you Jill, aren’t going to get me to violate the privilege but what I can tell you is that Leo faced very serious federal charges. He was initially charged with one count of conspiracy to distribute cocaine as well as a forfeiture allegation. Conspiracy to distribute cocaine in the federal system carries a mandatory minimum of 10 years in prison upon plea or conviction. His sentencing guidelines even with him not having a criminal record, was calculated on the minimum side at 14 to 18 years. He was 89 years old at the time of his arrest so that’s a life sentence. But Leo wasn’t the only one implicated here. The indictment listed ten plus defendants from all over the United States and Mexico. It is rumored that the Detroit prosecution of Leo has a connection with the current Joaquin “El Chapo” Guzman trial, currently underway in Brooklyn, NY.

Jill: All those people, definite hint that some type of conspiracy is afoot. What was Leo alleged to have really done? Not the Hollywood version, please. The real version.

Ray: Per the government, Leo was considered to be a courier of cocaine and cash for somewhere between 5 to 10 years, from Arizona to various Midwest cities.

Jill: That’s quite a late in life career.

Ray: Allegedly the amount of cocaine he couriered across the United States was thought to have been close to a ton. And I don’t mean a ton like a lot, I mean actually one ton. In some circles, Leo was revered, a near legend, if you will. His colleagues called him “Tata” which means grandfather in Spanish. It connotes a sign of respect.

Jill: My understanding is that his drug arrest stemmed from a routine traffic stop—that’s not uncommon in criminal matters.

Ray:    Not uncommon at all.  As in many cases, Leo being pulled over was the ruse that allowed the government to bring him in for more serious charges. In reality, Leo was being followed closely on that run through multiple states, by multiple local, state, and federal law enforcement agencies.

Jill: Do you know what he was pulled over for?

Ray: Can’t recall exactly but when he was pulled over 104 kilos of cocaine was found in the bed of his Lincoln pickup truck. He was arrested on the scene and then detained for about a day and a half before his detention hearing in the Federal District Court-Eastern District of Michigan.

Jill: So we have an 89 year old alleged drug dealer sitting in jail facing serious charges with the penalty potentially being life in prison?

Ray: Yes, but I was able to secure a $100,000.00 unsecured bond on his behalf. This  meant that he was released without having to post any money.

Jill: Did he have any money?

Ray:  No assets were frozen initially. However as a part of the forfeiture case against him he voluntarily forfeited his Florida property and was allowed to keep his property in Michigan City, Indiana which is not far from Chicago. Also he agreed and was ordered to pay $500,000.00 to the government as well.

Jill: How strong was the government’s case against Leo?

Ray: It was relatively strong. With the stop being carefully orchestrated by law enforcement and the other evidence and testimony against him, it was a  formidable case. In my opinion Leo’s co conspirators exploited him initially and later into the conspiracy he and his family were threatened by them, per Leo. Like many people, Leo had fallen upon some extreme hard times and had made some bad choices, caved into an illegal, dangerous yet lucrative opportunity he thought that he could just walk away from. Clearly, that wasn’t the case.

Jill: We don’t generally see senior citizens delve into a life of a crime. Did he understand what he had gotten himself into?

Ray: It was it was a bit of a challenge trying to explain to an 89 year‑old former World War II, highly decorated veteran with no criminal record as to why the federal government was seeking to lock him up for up to 20 years, even with his stellar background of being a exemplary citizen. Also Leo had no idea he had been a courier for a well known Mexican drug cartel. He was honestly shocked when he learned that.

Jill: Sounding like the consummate criminal defense attorney, Ray. Did Leo really think he was delivering pecans as he told the cops when he was stopped?

Ray: The pecan “excuse” was a bit of Hollywood at work. At his plea and sentencing he took full responsibility for his actions and for what he was hauling. He represented at sentencing that unknown individuals had threatened him and his family saying that if he did not continue to transport cocaine and cash there would be serious consequences. He did not know of the cartel association until his arrest and detention hearing.  In fact, throughout the initial stages of the case he was very concerned about the situation. But he remained true to himself, defiant at times even. He insisted that no matter what he was going to take responsibility for his own actions.

Jill: Couldn’t he have easily gotten a deal in exchange for information about the cartel. What good is an octogenarian drug dealer in prison? The government could have elicited insider information from Leo that would helped bring down the cartel. Isn’t’ that the bigger concern here?

Ray:  That’s exactly what Leo refused to do. He even said to me he wasn’t going to live to 90 just to be a rat. He was a man of his word. He didn’t cooperate with the government directly or indirectly whatsoever during my representation.

Jill: Did he plea? What was his sentence?

Ray: Yes, Leo took a plea. A trial would have been catastrophic in my opinion. Leo was ultimately sentenced to 3 years (36 months) with the Federal Bureau of Prisons.  Because of his age, failing health and dementia, he was ordered to serve his sentence at the Federal Medical Facility in Rochester, Minnesota. He resided there for about a little over a year before he was allowed to go home for the balance of his sentence. The Federal Medical Facility is a hospital type facility. It’s not a typical prison type environment.  There’s confinement, yes, but he had access to 24 hour medical care and the rules are much more relaxed than in a traditional prison. Leo passed away in 2015. He was 92.

Jill: What was your involvement with the film?

Ray: I spoke with representatives from the production company, gave them some background and shared my experience with Leo. I was really hoping that Laurence Fishburne would be portraying my role but that didn’t quite come to pass!

Jill: Certainly as you mentioned this biggest issue with Leo is his age. Do we really need to be prosecuting elderly non violent defendants with the same intensity that we do younger defendants?

Ray: Sadly, I would say it has been trending for some time now and that has gone unrecognized by the criminal justice community.  Elderly defendants in a similar situations as Leo, in my opinion, are more common than one would think. In fact, you are more likely to see someone age 50 plus couriering drugs because they go undetected or there’s reduced suspicion/profiling by law enforcement. It makes it a safer play for dealers.  I am handling a drug conspiracy case right now in which an elderly man was being physically threatened, harassed, and exploited by his much younger co-defendants who literally took over his house to use it as a “trap house” and drug distribution center. It’s terrible.

Jill: That does sound terrible and a tad more sympathetic than Leo’s situation. Good luck with it. Keep fighting the good fight, my friend.