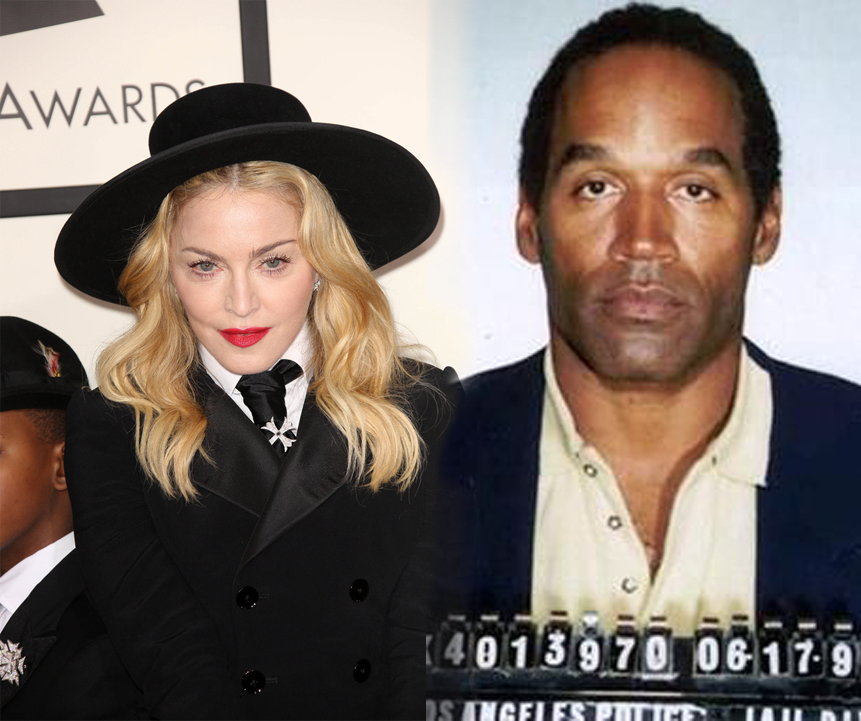 Madonna, never one to be shy about exposing intimate details about her life was granted a preliminary injunction to block the sale of 22 personal items including worn underwear, a checkbook, a used hairbrush, and a breakup letter written to her by rapper Tupac Shakur.

The singer stated that she only learned her belongings were for sale in an auction after reading about the sale online, she didn’t know she was no longer in possession of them until reading that they would be going up for sale on the website GottaHaveRockandRoll.com. A former friend and art consultant of Madonna’s, Darlene Lutz, is said to have provided the contents for the sale. Madonna’s statement explained that though she did know Ms. Lutz, she “never sold, gifted or otherwise transferred title or a possessory interest in any of the Madonna Memorabilia” to her. Lawyers for Lutz have rebutted that “the statute of limitations for any alleged theft of the items would have already expired,” and that Madonna’s injunction is purely the result of a personal vendetta. Lutz also added that Madonna “willingly gave up her material possessions,” saying, “As a result of my close relationship with Plaintiff, I received certain ephemera directly from her.”  The two women are known to have had a falling out, and this is not the first time Madonna has taken legal action against Lutz; in 2005 she sued Lutz for failure to pay her a sum earned from the sale of a painting from Madonna’s collection.

The Material Girl has smartly turned these matters over to her lawyers to handle, but the case of stolen memorabilia brings another infamous celebrity to mind that we are all talking about (again!) this week: O.J. Simpson. The former football great has been in prison since 2008 serving a 9-33 year sentence stemming from a conviction for 12 various crimes including kidnapping and armed robbery as a result of an incident when he attempted to retrieve memorabilia that he claimed belonged to him.  At the time, Simpson entered a Las Vegas hotel room with 5 other men, two of whom were armed seeking retrieval of such personal belongings as family photos, letters, a video from his first wedding and his Hall of Fame certificate, among others.  Simpson, who was offered a plea bargain with a sentence of 2 ½ years (he said he knew nothing of that offer) was granted parole for 5 of the charges back in 2013 and on July 20, 2017, he was granted parole on the remaining charges. He will be eligible to be released from prison on October 1, 2017. Note: according to OJ’s parole hearing testimony, a California court ruled that the items did in fact belong to the Juice.

As for what happens permanently with the Material Girl’s material possessions, PROOF will keep you posted.