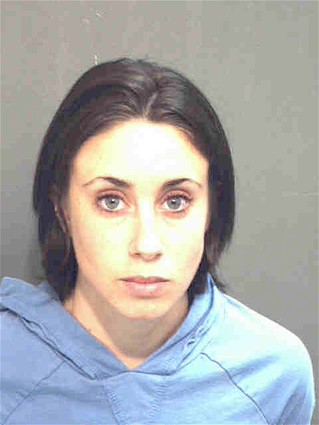 Casey Anthony, who was infamously acquitted of murdering her two-year-old daughter, Caylee, may have accidentally killed her with chloroform, says the Florida judge who presided in the matter. Judge Belvin Perry is no longer on the bench and now works in the private sector but despite the fact that authorities were never able to determine an exact cause of death for Caylee, Judge Perry thinks he may know what happened.

The former judge was on headline news recently when he said that he thought it was “more than likely” that Anthony accidentally killed her daughter by using too much chloroform. Perry said the toddler’s death could have been the result of an accidental overdose of the anesthetic. Chloroform is banned in the United States. Referencing the high levels of chloroform found in the trunk of Anthony’s car (Why was a banned, lethal substance in Anthony’s car?), Perry said, “It’s quite evident that whoever did this, and more than likely it may have been Casey, used too much [chloroform].”

During Anthony’s shocking trial, prosecutors argued that the young mother killed her daughter on June 16, 2008, by using chloroform and covering her nose and mouth with duct tape, then putting the little girl’s body in her trunk before dumping her in the woods. The inhumanity of the mother’s alleged crime shocked the world. Anthony’s defense was that the two-year-old drowned in the family pool.

In a verdict that that seemed to cause the world to take a collective gasp, Anthony was found not guilty of first-degree murder, aggravated child abuse and aggravated manslaughter of a child. She was convicted of four counts of providing false information to law enforcement. (There was more legal good news for Anthony– two of those convictions were overturned on appeal.)

Was is interesting to us here at PROOF is that Perry also said that because Caylee did not show any signs of previous abuse, he believes that her 2008 death was “purely accidental.” We’re unsure how something could be purely accidental when it involves allegation of use of an illegal product. And let’s not forget some of the other facts surrounding little Caylee’s death. Was it purely accidental that no one alerted police that she was missing for an entire month after her disappearance? Was it accidental that that someone looked up “chloroform” on the Anthony family computer three months before Caylee’s death? Moreover, why is Perry speaking out now and why is he making known his opinion about the death being accidental? We can’t imagine who benefits from his sharing his thoughts at this point.

For those of you wondering, double jeopardy prevents Casey from being charged with Caylee’s death again. (Double jeopardy in Florida is governed both by state law as well as federally by the Fifth Amendment to the United States Constitution which provides that “no person shall be subject for the same offense to be twice put in jeopardy of life or limb.”)

We Hope You Like Orange, Jerry Sandusky
Previous Post
These Are the 3 Most Important Clauses in Celebrity Agent Contracts