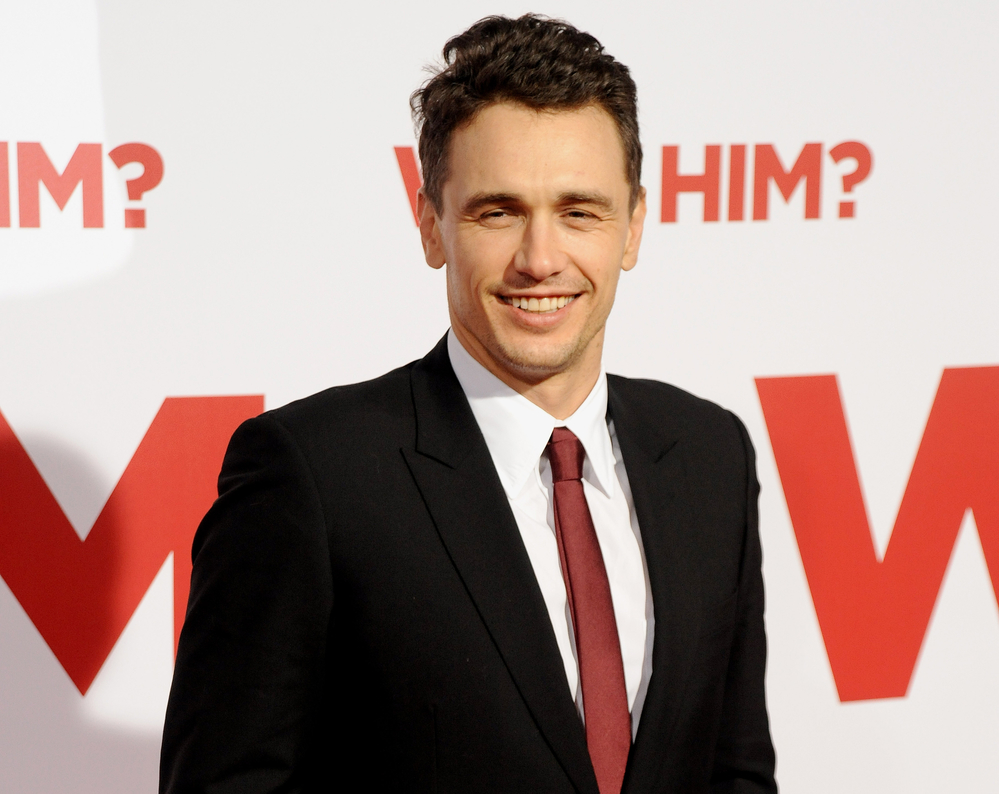 James Franco Under Fire Amidst Accusations of Sexual Misconduct, Anyone Surprised?

You may have been busy beaming with pride at the Golden Globes as you looked at a sea of women in black dresses, some with activists on their arm, shouting at the top of their lungs that time is finally up to notice the drama that was unfolding involving none other than James Franco.

Franco, who won for his role in The Disaster Artist, was accepting his speech with a pin on his black tuxedo that said, “Time’s Up,” while his accusers were taking to Twitter, calling him out for his hypocrisy.

In a series of since-deleted tweets, actress Ally Sheedy seemingly called out James Franco and Christian Slater. She wrote, “Why is a man hosting? Why is James Franco allowed in? Said too much. Nite love ya #goldenglobes.”

And then another: “James Franco just won. Please never ask me why I left the film/tv business.”

There were other accusations, ranging from only paying one actress $100 per day to do full nudity in two of his films to being accused of pushing a woman’s head toward his exposed penis while in a car. In that tweet, the woman also brought up his past transgressions, namely the time that Franco tried to get a 17-year-old girl to come to his hotel over Instagram. Don’t remember? It happened in 2014, back when we would laugh off behavior like Franco’s as being a young male in Hollywood or roll our eyes at how ridiculous he was. There’s no more laughing or eye rolling here, and none of this paired particularly well with Franco wearing his black tuxedo onstage at the Globes with a Times Up pin on the lapel.

In his “apology” on The Late Show with Stephen Colbert, he said, “First of all, I have no idea what I did to Ally Sheedy. I directed her in a play Off-Broadway. I had nothing but a great time with her, total respect for her. I have no idea why she was upset. She took the tweet down. I can’t speak for her.” This is a rather clear example of gas lighting that women have endured for so long. Oftentimes men will employ this technique to make the woman seem “crazy” or as if she is overreacting to a situation. We know now that Sheedy clearly wasn’t overreacting as Franco has been slapped with five allegations of being sexually exploitative or sexually inappropriate.

The Los Angeles Times provided five accounts of sexual misconduct by Franco who, wielding the power of teacher at HIS film schools in New York and Los Angeles, would get students to give in to his demands both sexually and creatively. As noted above, he would often insist his female students perform nude for very little pay, and in one case was documented to have, during a scene in which the actors engaged in an orgy, took the plastic guards off of the women’s vaginas while giving them oral sex. There are other claims, as well. One of the more troubling accounts is that he allegedly pushed one of his student’s heads towards his penis until she performed oral sex while they were in a car together.

To date, none of the women have gone to law enforcement with their claims.  There has not been an announcement of a criminal investigation of Franco. So, it’s the same Hollywood story that we’ve been talking about for a while now–women too afraid to come forward with their claims, silenced by a culture that reveres and protects) powerful men.

Of course, Franco has denied these claims and has addressed the matter on late night shows (Franco quit social media in 2016). Among his comments:  “Look, in my life I pride myself on taking responsibility for things that I have done…If I have done something wrong, I will fix it — I have to.” Not sure what he means by that but so far Franco hasn’t taken responsibility or spoken directly to any of the claims against him–other than his “I have no idea what she’s talking about” response to Sheedy.   Interestingly, on Late Night with Seth Meyers, he spoke out on behalf of victims (yawn): “There are people that need to be heard. I have my own side of this story, but I believe in these people that have been underrepresented getting their stories out enough that I will hold back things that I could say, just because I believe in it that much.”

Ok, James. You believe in it that much that’s why you’re holding back? Yeah, we don’t think so. More likely than not you’re staying quiet and just hoping this whole thing blows over, replaced by the next wave of allegations against the next celeb. Sadly, we know that is sure to come.