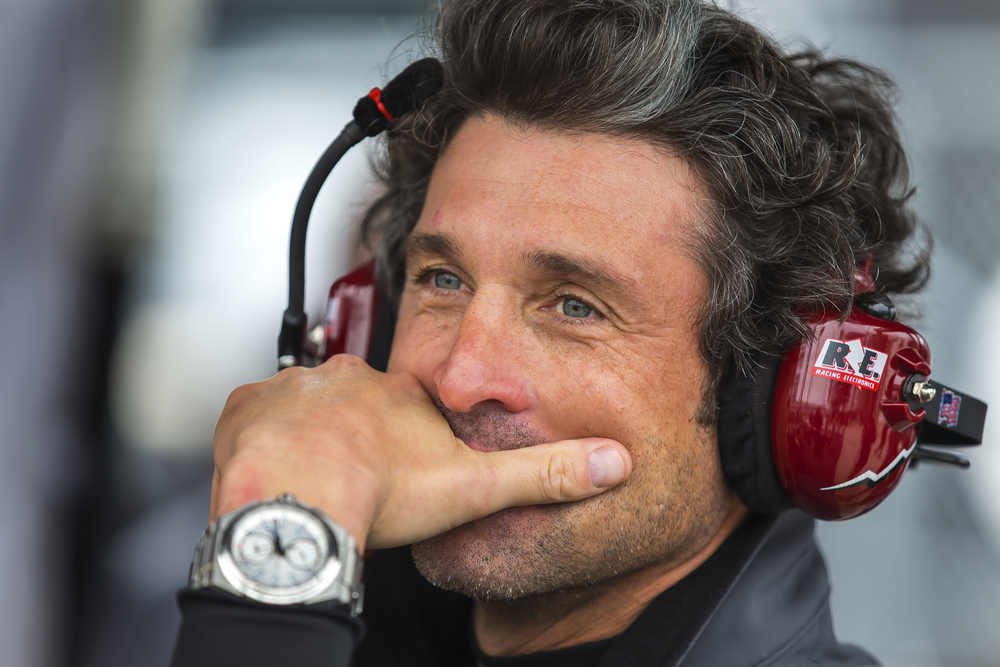 I’m sure more than a few of us have spent some time daydreaming about the day Dr. McDreamy from Grey’s Anatomy would save us, but for one teen, that wasn’t a dream at all. The actor pulled a teenage boy to safety after his car flipped near Dempsey’s home in Malibu. 17-year-old Weston Masset was driving when his car flipped three times leaving him trapped and nearly unconscious. After pulling Masset from the car, Dempsey called an ambulance and stayed with the teen as he was airlifted to the hospital and later treated for a concussion and an eye injury. According to Masset, Dempsey had a pretty great sense of humor about things. When Masset asked, “Are you famous?” Dempsey replied, “Yeah, I’m a doctor.”

The Oscar winner saved a man’s life after his truck crashed in front of Foxx’s home in 2016. The truck caught fire, rolled in a drainage ditch– the driver was trapped inside. Foxx gave an interview about the events saying, “As I’m getting him out, I said, ‘You’ve got to help me get you out because I don’t want to have to leave you.’ I said, ‘You’ve angels around you.’” Foxx and an off-duty EMT were successful in getting the man out of the truck. Foxx is humble about the whole thing saying, “I don’t look at it as heroic. I just look at it as…you just had to do something. It all worked out.” It should be noted that the driver was arrested for driving under the influence. Foxx posted a photo to Instagram after the accident that showed him hugging the young man’s father and saying, “No heroes…Just happy fathers.”

We know Tom Cruise likes doing his own stunts in his films but he used those skills for some pretty cool heroics in real life, too. In 1996, Cruise witnessed a 23-year-old woman, Heloisa Vinhas, get hit by a car. Did he just keep going? He could have. Instead, he sprung into action. He directed nearby pedestrian to call an ambulance and followed Vinhas to the hospital. When he found out that she didn’t have insurance to pay the $7000 hospital bill, Cruise took his good samaritan role even further–he stepped up and took care of it. The woman, as you can imagine was more than grateful for what was Mission Impossible for her. (too cheesy? Yeah, maybe.)

Just this past February 2018, Luke Wilson was involved in a multi car accident in Los Angeles. He was hit by a Ferrari in which pro-golfer Bill Haas was a passenger. Haas was injured; sadly, the driver of the Ferrari did not survive. However, after his car was struck, Wilson acted quickly to help a 50-year-old woman who was trapped inside her flipped vehicle. Her leg was pinned and she was unable to get out of the car on her own. Wilson and another onlooker worked quickly to get her to safety. According to his fellow hero, Sean Heirigs, “He was calm. He was definitely a hero, super nice guy.”

One man owes his life to the NCIS star after he was trapped in a fiery car crash that could have certainly been much worse. When Colin Specht got into a car accident outside of Harmon’s home in Brentwood, Los Angeles, Harmon jumped into action. Specht’s friend (who was driving the car) got out, but Sprecht himself was pinned. Next thing he knew, Mark Harmon was breaking the window with a sledge hammer and pulling Sprecht, then 16, from the fiery vehicle. “He tugged me, because I was still upside down with the seat belt on, and he ripped me out of the car,” Sprecht said. Though Sprecht credits Harmon for his life, Harmon said, “I won’t take credit for it, because if the car explodes and I’m there next to the car, then you’re talking about two young boys who don’t have a father. And you’d be doing this interview with my wife and talking about how stupid it was.”

The Fast & Furious actor pulled a move that we wouldn’t be surprised to see in one of his films. In 2002, Diesel spotted a car crash in front of him in Hollywood and saved an entire family from harm. He ran over to the vehicle and safely got the family, which included two young kids, from the vehicle before the car reportedly went up in flames. Who doesn’t love this story?

Here’s a fun, not so serious one for you! Ryan Gosling saved a British reporter from an oncoming cab in New York City. British people are used to looking both ways when crossing the street, but they get it backwards in America because they don’t drive on the same side of the road. When the reporter went to cross the street and looked the wrong way Ryan Gosling (off all the people in New York) grabbed her and pulled her away just in time. And yes, many of us wish we were that reporter-even with that imminent risk of danger!

What’s in a Name? Famous Celebrity Trademarks
Previous Post
The NFL and Marijuana: Does the League Care About Its Players
Next Post