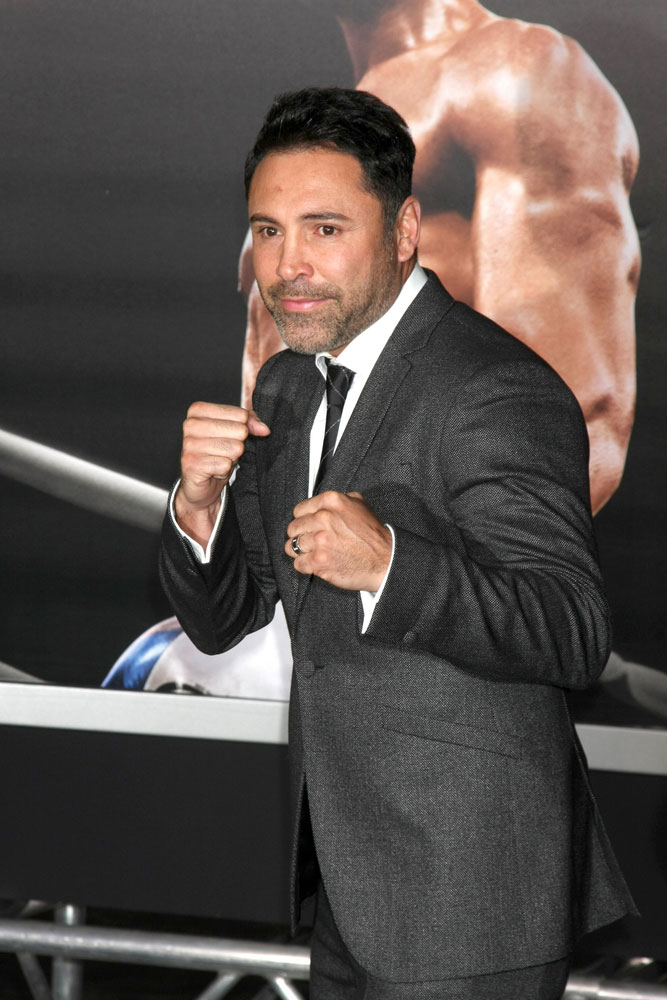 Former world champion boxer Oscar De La Hoya was arrested Wednesday, January 25, 2017 in Pasadena, California for driving under the influence. California Highway Patrol  (yep, that’s CHiPS for all of you who remember the television show from the late 70s/early 80s with Erik Estrada) saw him speeding on Del Mar Boulevard in the early morning hours and pulled him over.  Officers performed field-sobriety tests; De La Hoya failed and was arrested (he was later released into the custody of his manager). The legal limit in California, as in most states, is .08%, and according to local law enforcement, De La Hoya was over that.

This arrest is particularly sad for the 43 year old boxer who been battling drug and alcohol addiction for years. Back in 2011 De La Hoya spoke publicly about his addiction, the fact, that he first started drinking at 9 years old at family gatherings in East Los Angeles. He also spoke of the role addiction played in the incredibly embarrassing incident from 2007 in which he was photographed in a hotel with another woman (not his wife), dressed in high heels, fishnets and lingerie.  When those photos became public, De La Hoya vehemently argued that they were fake. And due to his Golden Boy image, most believed him—it was hard for anyone to imagine this good looking, successful, boxing champ doing such a thing. But in 2011, De La Hoya admitted the photos were real and that the incident was fueled by his addiction to alcohol and cocaine.  In that very candid interview, De La Hoya said that his addiction and this incident had him feeling so low that he considered suicide.  Think about that. This world famous, successful boxer struggling so much that he wants to leave the world—leave his kids, his wife, alter his legacy forever.

And as for the woman in those cross dressing photos? Well, Milana Dravnel, a stripper, claimed to have had a year long extramarital affair with De La Hoya and said that De La Hoya was in fact in those images and that he willingly engaged in the incident. So what she’d do? Did she kiss her lover goodbye and wish him well? Nope. She sued him. She said he defamed her by telling the world the photos were fake when she was telling the world they were real. She also alleged that not only did De La Hoya’s team force her to recant her statements that the photos were real but they made her sign a legal document that prohibited her from selling the photos further (She had already sold them once and had done an interview about them on Entertainment Tonight).  De La Hoya settled the matter out of court, allegedly for $20 million.  Boy, did he pick the wrong woman to mess with.

To me, and to many others, it was almost amazing to consider that this icon, this American boxer who won gold at the 1992 Barcelona Olympics (hence the nickname), this media darling, this father, husband, and role model to many, fell so low. But De La Hoya’s story shines a light on the power of addiction, the way it can devastate lives. It proves that money, success, influence does not make you immune. And for many years, up until this new arrest, there was a bright side for De la Hoya. Though he retired from boxing in 2009, in 2011 he got treatment for his addiction, worked hard to get his life back together, and seemingly had done so. That is what makes this recent arrest so sad. Let’s hope it’s not a sign of a deeper problem for the former champ.  And, if it is, let’s hope he has the ability and the will to get back up again and fight.