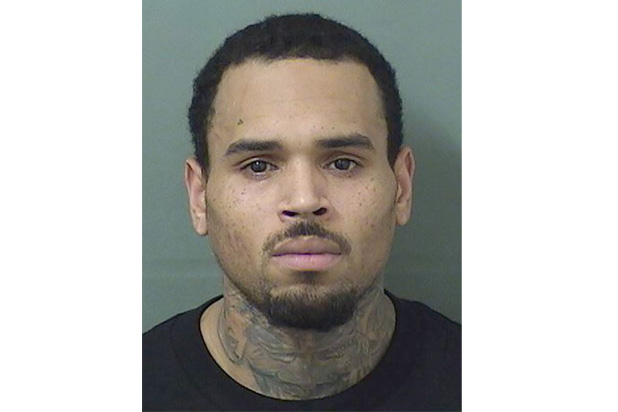 No Charges (yet) for Chris Brown After Paris Rape Arrest

Singer Chris Brown was arrested in Paris on Tuesday, January 22, 2019 accused of aggravated rape and drug violations. Brown was brought into custody with two other people in connection to the charges.  According to reports, a 24-year-old woman accused Brown of raping her in his suite at Paris’ Mandarin Oriental hotel on January 15/16. The woman, who has not been named, told the police in Paris that she met Brown while at a nightclub and that the singer then invited her and a few other women back to his suite. She alleges that at some point in the evening she found herself alone with Brown, and that is when he allegedly raped her. The woman said that Brown’s bodyguard and one of his friends also abused her.

And, it seems as if, at least for now, Paris police believe the troubled singer: he was released on his own recognizance, has not been charged with anything, and is allowed to leave France. French prosecutors say the investigation is ongoing but releasing Brown and letting him leave the country certainly points to a not-very-strong csae.

Not Brown’s First Run-In with the Law: Rihanna Assault

As most know, this isn’t Brown’s first run-in with the law, though it is his first rape charge. In 2009, Brown famously was charged with felony assault and making criminal threats after a domestic violence incident with Rihanna, who was his girlfriend at the time. Photos of Rihanna after the incident with bruises and cuts on her face, spread like wildfire across the Internet. Brown received five years of probation and community service for the incident.

In 2013, Brown and his bodyguard were arrested and charged with felony assault after an altercation outside of a hotel in Washington, DC. Brown was released without bail and the charge was later reduced to a misdemeanor. Brown ran into some more trouble later that year when he was kicked out of a rehab center for smashing his mother’s car window during a family session. He was ordered to enter another program. However, the incident meant that he was violating probation and that meant he would have to spend some time in jail.  While incarcerated Brown pleaded guilty to another probation violation from the Washington, DC fight. It would seem that all was truly catching up with Brown. After he was released he had to face the charges stemming from the DC fight. His punishment? A $150 fine and time served (one day in prison, in case you were curious).

In July 2013, a California woman sued the singer, accusing him of assaulting her after a performance in Anaheim, California and then allegedly having her thrown out of the club where the assault took place.

After these probation violations, things seemed to be looking up for the singer, who became a father and was awarded shared custody of his daughter, Royalty. But then, in June 2016, Brown’s former manager Michael Guirguis sued him for alleged assault, battery, false imprisonment, breach of contract, intentional infliction of emotional distress, and breach of implied covenant of good faith and fair dealing (try saying that 3 times fast!) alleging that Brown brutally attacked him in May 2016. Brown denied the claims and said that he fired Guirguis for stealing his money.

Still, Brown could not stay out of the justice system spotlight. In August 2016, Brown was arrested and charged with assault and battery with a deadly weapon after allegedly threatening a woman named Baylee Curran with a gun. He was released from jail on $250,000 bail. Brown was never tried for this matter.

In February 2017, the singer’s ex-girlfriend model, Karrueche Tran (who is now dating former New York Giants player, Victor Cruz) was granted a permanent restraining order for 5 years against Brown after she accused him of assaulting her physically and threatening her.

Brown was also sued in May 2018 by a woman who alleged that she was repeatedly raped, sexually assaulted and falsely imprisoned by rapper Young Lo at Brown’s home in 2017. The victim is represented by Gloria Allred.

And, in July 2018, Brown was arrested after a concert in Florida. He was arrested for felony battery stemming from an April 2017 incident in which he was accused of punching a man who was taking his photo without permission. He was released after posting $2,000 bail and pleaded not guilty. This case is ongoing.

Which brings us back to the Paris allegations.  Though Chris Brown has managed to find himself in and out of the criminal justice system almost too many times to count, he also seems to avoid serious punishment. So far, it looks to be that way in Paris as well. We’ll keep on eye on this one but our gut tells us that if there’s not some very persuasive evidence not much is going to come of this.

For more PROOF articles about Chris Brown and the law click here and here.