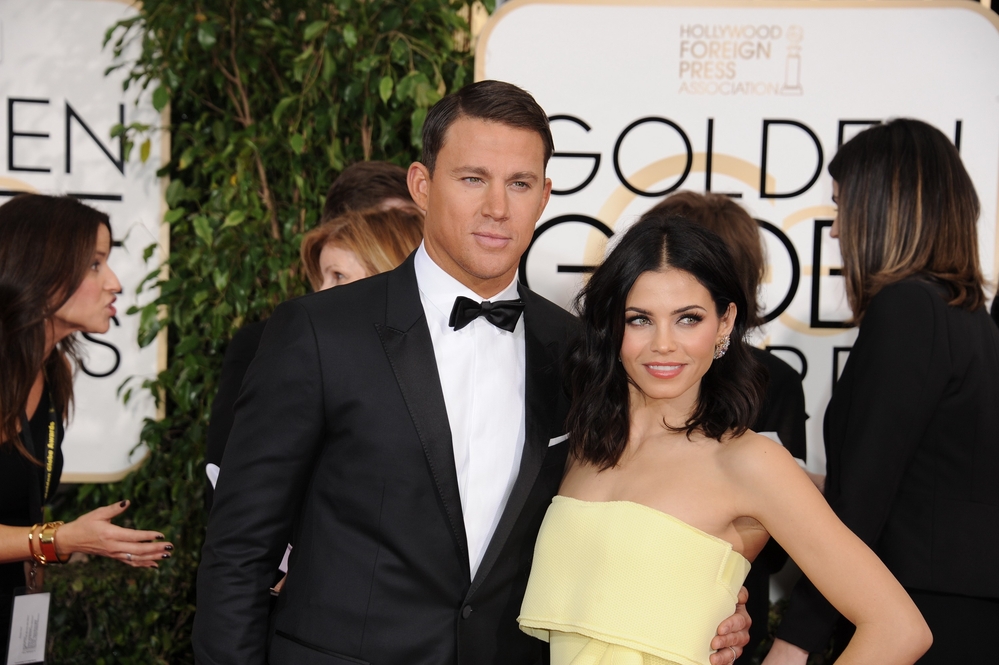 Ok, we admit it, we were upset when Channing and Jenna announced they were ending their marriage back in April 2018, but we got over it, as did Channing and Jenna, clearly. Jenna is expecting a baby with boyfriend Stephen Kazee (she posts really cute IG stories about their relationship) and Channing has been dating singer Jessie J for quite some time. So, while life has moved on and their divorce has been granted, custody issues over their six year old daughter appear to be plaguing the former couple. They share joint custody but Channing has asked the court to intervene and issue an order detailing more precisely custody and visitation rights.

Issues that he seems to want a judicial stamp of approval on include, travel with Everly, holiday scheduling, taking her out of school, and facetime communication. In the court documents Channing stated that “over the past six months, it has become evident to me that a clear and specific holiday schedule is necessary and important.” This pretty plain statement leads us here at Proof to deduce that there have been some snafus in these arenas.

But before any of us get too worked up, perhaps we should look deeper into Channing’s other comments in the documents–most of which place the need for a court order on the unpredictable nature of both parents careers. In February 2019, the couple agreed to a schedule but due to their constantly changing work life, Channing believes flexibility would help ensure that both parents can work and have equal time with Everly. He also asked the court grant his request for appointment of a co-parenting counselor in order to help with scheduling conflicts. Although it has been reported that Jenna wants these very same things to us, all of this smacks of two people who actually can not agree and require the input of two third parties–the court and a counselor.

Channing added one more request to the court in his most recent filing: he asks that Everly’s name, image or likeness not be used for any sponsorship or ad campaign, even on social media, without the consent of both parents. Makes sense but interesting that these two really need the court to weigh in on this…

Whatever is in the best interest of the child is what we at Proof say (and that’s the law, by the way). So if a court order will reduce whatever conflict is going on here then we say “go for it, Channing.” You and Jenna can then continue moving on and doing what’s best for Everly.