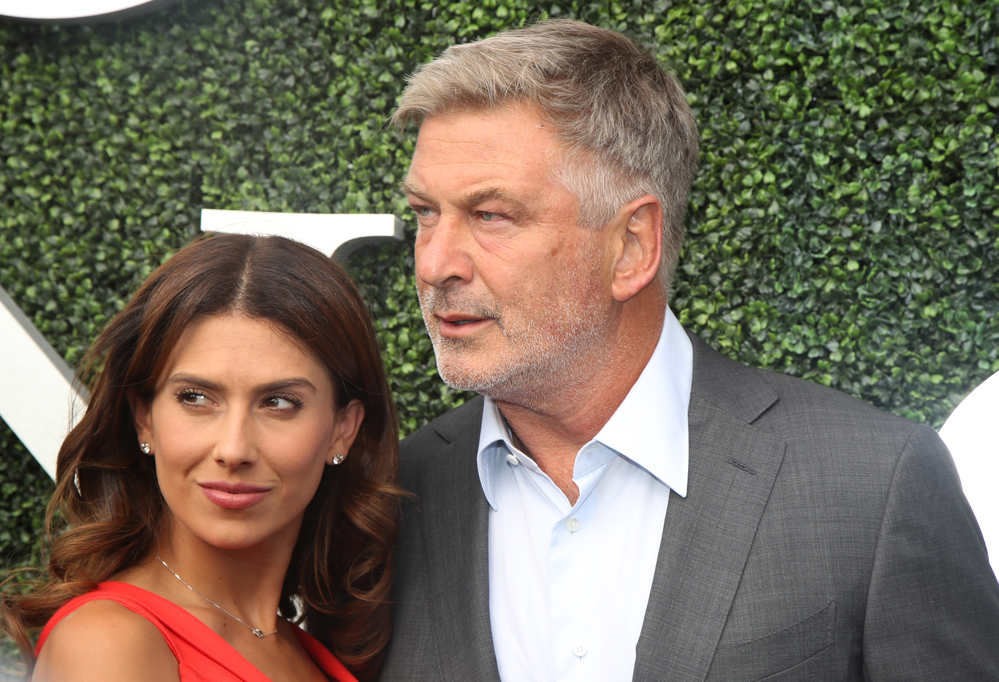 UPDATE: Wednesday January 23, 2019, Alec Baldwin pleaded guilty to a second-degree harassment stemming from a NYC parking spot dispute in November 2018. Baldwin was ordered to pay a fine and take an anger  management course (not too sure what a one day course will do but it’s better than nothing!). As noted below, Baldwin was originally charged with assault and harassment. Prosecutors offered the plea deal for a harassment violation due to Baldwin’s lack of criminal record.

Although he’s been relatively quiet, altercation-wise that is, not too many of us were surprised when we learned Alec Baldwin was arrested and charged with assault and harassment in New York on November 1, 2018–over a parking spot!

Parking spots are hard to come by in NYC
Though he has adamantly denied all of this allegedly Baldwin became enraged when another driver tried to pull into a parking that was being held for the actor. Baldwin was so angered by this that he reportedly punched the other driver, a 49 year old man, in the face. The man sustained injuries and was taken to a local hospital.  Yeah, we know parking in NYC can be a bit of a struggle but certainly Baldwin’s response seems extreme.

No sitting around in jail for this a-lister
Baldwin was taken down to the precinct and charged with assault and harassment. Lucky for him, his arrest was in NYC where if there is a less serious offense and low risk of flight by the defendant, police have the ability to issue a desk appearance ticket (DAT) which means an accused doesn’t have to wait around in jail for an arraignment (in NY this is supposed to occur within 24 hours of arrest anyway) but rather is simply given a date on which to return to court.  So, no, Baldwin did not get special treatment because he’s a celeb, this is routine in NY and it’s actually a good thing that allows for the system to run a little more efficiently. As with other court ordered appearances if a person who receives a DAT fails to show up in court then an arrest warrant is issued. No doubt Baldwin will be there on the specified date!

Baldwin’s history of aggressive behavior
So, we know Baldwin isn’t a flight risk and is generally not known as a terrible guy but he is known to be a hothead.  Though not a chargeable offense, some might remember his 2007 voicemail message to his then eleven year old daughter Ireland with ex Kim Basinger. Among the things he called her was “a rude, thoughtless, little pig.” Granted emotions were running high as the couple was in the middle of a messy custody battle but still, she was only eleven.

Much of Baldwin’s aggression, however, has been directed at paparazzi–this has been going on for decades. Back in 1995, when he and Kim were bringing Ireland home from the hospital, he sprayed shaving cream on the car windows of a photographer. A fight ensued and the photog claimed Baldwin punched him in the face. Baldwin was acquitted of misdemeanor battery. But two civil matters stemmed from the incident. One was Baldwin’s successful invasion of privacy suit against the photographer. The second was the photographer’s injury lawsuit for damages he allegedly suffered during the incident. Baldwin is said to have coughed up $4500-hardly a dent in his deep pocket.

In 2012, a photographer claimed Baldwin pushed and shoved him while the actor and his wife-to-be, Hilaria, were leaving City Hall after getting their marriage license. Baldwin denied these claims. He was never charged criminally for the incident.

A little more than a week later in 2012, a similar occurrence took place–this time captured on camera. A photographer had been following Baldwin for several blocks and when they were finally outside of Baldwin’s apartment, the photog had words with one of Baldwin’s neighbors. Baldwin was not having that, and on the video, which can be viewed online you can see Baldwin grabbing the photog’s arm and saying, among other things, “I want you to s— the f— up. Leave my neighbor alone. Did you hear what I said? You little girl.”

Replay the above in 2013, when yet another photographer claimed Baldwin pinned him against a car. Cops were called but no arrests were made. And again in 2013, he had a run in with yes, yet another photographer. This time no harmful physical conduct was claimed but apparently Baldwin used a homophobic slur. Via Twitter, the actor later apologized for using it and said he would retire it from his vocabulary.

In 2014, Baldwin was observed riding his bicycle the wrong way on Fifth Avenue. Apparently, police told Baldwin he was going the wrong way and when the officer asked for his identification, the actor refused and became belligerent. Baldwin was taken into custody and charged with disorderly conduct and riding a bike the wrong way. Per usual, Baldwin took to Twitter calling out the officer by name and badge number saying,” New York City is a mismanaged carnival of stupidity that is desperate for revenue and anxious to criminalize behavior once thought benign.”

Does the criminal justice system care about Baldwin’s past?
Does Baldwin’s history of aggression mean that he’s going to get the book thrown at him on this most recent charge? Seasoned Detroit criminal defense attorney, Ray Richards, argues to the contrary, “good defense counsel should argue that all of this prior behavior is completely irrelevant and should not be considered in this matter at any level.” The truth is, Baldwin had never been convicted of any criminal act and simply because a person has acted one way at other times in his life does not mean that he acted this way at the time in question.  In fact, there’s a rule of evidence (Federal Rule of Evidence 404 for those who want the details!) that speaks directly to this–it says that evidence of a crime, wrong or other act is inadmissibleto prove a person’s character in order to show that on a particular occasion the person acted in accordance with the character. Despite this very on point bit of law, might not be a bad idea for Baldwin to take some anger management classes, no?

Jill, a Malibu resident, Talks about the Fires and How to Handle Insurance Claims
Previous Post
Suge Knight Gets 28 Years For Manslaughter